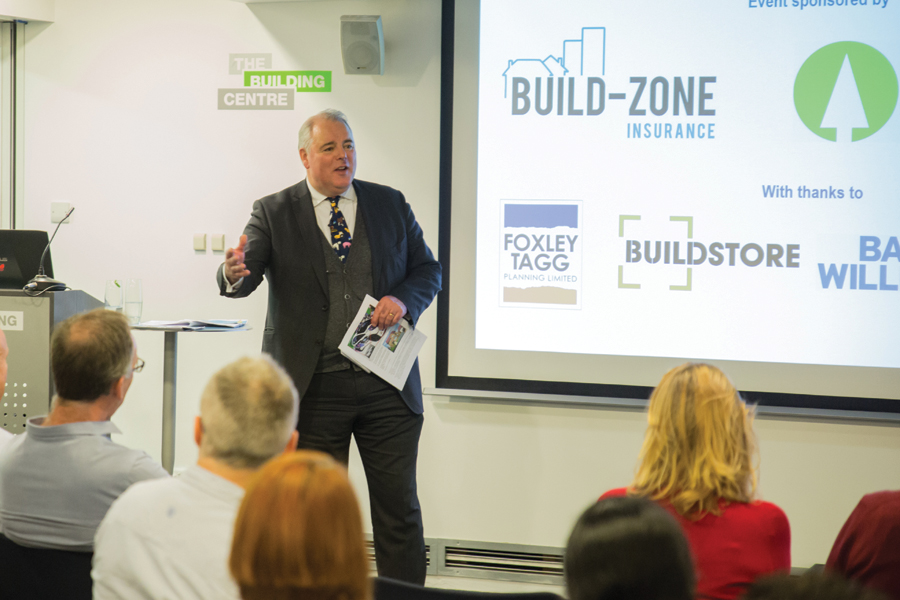 New research carried out by The National Custom and Self Build Association (NaCSBA) has revealed that about 18,000 people have signed up to local authority custom and self-build registers to exercise their ‘Right to Build’.

Since 1st April 2016, all English local authorities were required to establish an accessible self and custom-build demand register, so that individuals and groups could record their interest to buy a serviced plot of land in the catchment area and build their own home. Additional legislation, which came into force on the 31st October 2016, now requires that English local authorities give consent for sufficient serviced plots to meet the demand as shown on their register in the first base period (1st April-31st October).

Richard Bacon MP, Chair of the All Party Parliamentary Group for Self Build, Custom and Community Housebuilding and Placemaking, who together with NaCSBA has championed the introduction of the Right to Build, said: “I’m delighted that about 18,000 people and groups of people have so far signed up to the Right to Build registers across England. Cherwell Council have over 2000 people registered showing the true potential of custom and self-build. A number of local authorities now have over 100 people registered, but still too many have under 10 names.

“There are also still 20 laggards that have not set their registers up or have yet to market them. Imagine the potential once all the registers are up and running and, like Cherwell Council, all councils apply full effort to marketing their registers.”

Michael Holmes, Chair of NaCSBA, said: “About 18,000 people and groups of people signing up to the custom and self-build demand registers is a great achievement but it is also the tip of the iceberg. Some councils have only operated their registers for a few months and some have yet to establish theirs. The potential is immense and if local authorities can consent their serviced plots in a timely manner, the Right to Build could play a big role in meeting the Government’s target of building 20,000 custom and self-build homes a year by 2020.

NaCSBA was formed in 2008 as a network of companies and individuals with the common aim of proving that custom and self-build can make a significant contribution to home building in the UK. NaCBSA’s objective is to make affordable, high-quality, individually-designed, sustainable homes an option for the many, not just the few.

More in this category: « The ‘Right to Build’ A guide to owning a listed property »
Login to post comments
back to top