Lead up the garden path 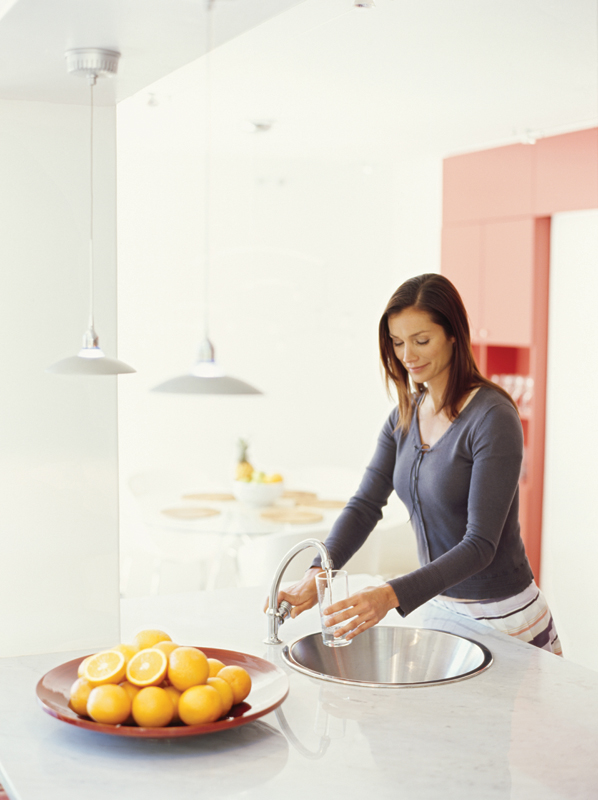 People these days who come across a lead pipe are probably in the Conservatory with Colonel Mustard, playing ‘Cluedo’. However, if you find lead in a plumbing system it’s nothing to joke about.

As water passes through lead piping, pieces of lead can break away from the pipes and dissolve. If consumed, lead can build up in the body, affecting mental development and behaviour. In extreme cases, drinking this contaminated water over a prolonged period has caused lead poisoning. Those most at risk are infants, children and pregnant women.

For this reason, new installation of lead pipes was banned when water supply byelaws were revised in the late eighties. Already-installed lead pipes are allowed to remain in use provided they don’t cause lead in drinking water to exceed the permitted amount of 10 micrograms per litre.

If your house was built after 1980 it is very unlikely that lead pipes were used. Before 1970, lead was used in some parts of the UK for the underground service pipes connecting the water main to premises and for distributing water within them. The part of the service pipe owned by the water company is called the communication pipe – typically from the water main to the stopvalve at the boundary of the property. The remaining part of the service pipe from the stopvalve into the building is called the supply pipe.

To check for lead pipes, look first where the water pipe enters the house. This is usually at the stoptap which may be under the kitchen sink. Unpainted lead pipes are normally dark grey or black in colour and show a silvery colour if scratched. Even if they are painted, you may be able to tell because they are usually larger diameter than copper or plastic pipes and have a characteristic swollen joint where they meet other pipes.

If metal pipes are gently tapped with a metal object, lead pipes give a ‘dull’ sound rather than the clearer ringing sound from copper or iron pipes. If you suspect you have lead pipes you can ask your water supplier to check your tap water for its lead content.

What if I find lead pipes?

If you discover lead piping, as a temporary precaution, only use water from the kitchen cold tap for drinking and cooking purposes. Water from the hot system may dissolve more metals from the plumbing materials and is not recommended for these uses.

The longer water stands in the pipes the more lead may dissolve into the water. If it is more than 30 minutes since the tap was last used, flush the tap before taking water for drinking or cooking. To avoid waste you should use the water you flush out for another purpose. The amount you need to flush depends on the length of lead pipe present, but a full washing up bowl – nine litres or two gallons – should be enough. The water should be run at a brisk rate, but not fast enough to cause undue splashing.

Flushing is only a temporary remedy. Medical authorities, water suppliers and regulators recommend all lead pipes should be removed when upgrading the supply to existing premises or refurbishing premises internally.

If samples show that lead exceeds the permitted limit in drinking water, the source of this lead must be traced and removed. Some water suppliers have lead replacement programmes which may assist customers to replace their lead pipes. If you are replacing all the lead pipes for which you’re responsible and water samples show the amount of lead in your drinking water exceeds 10 micrograms per litre, you can request the water supplier to replace any lead in its communication pipe and by law they must do so.

Use of lead solder

The use of lead-based solder for joining copper pipe and fittings in plumbing systems which are used to supply water for domestic or food production purposes is prohibited by the Water Supply Regulations and Scottish Water Byelaws. This is because when soldering, it is possible for solder to run inside the pipe and remain in contact with the water after the joint has been made. Where this has happened with lead-based solders in the past, lead in the exposed solder has dissolved into the water, making it unsafe to drink in a few cases.

Lead-based solders can only be used legally for systems like the closed loop circuits of central heating systems where the water doesn’t come into contact with people. There have been examples where plumbers have ignored this legal requirement and used lead solder for drinking water systems. The water suppliers who enforce the Water Fittings Regulations have made them remake all incorrectly soldered joints with the correct lead-free solder, at the plumbers’ own cost. Further information about solders is available in the water industry leaflet ‘Approved Installation Method 9-04-02 Use of solders and fluxes’ free from the WRAS website.

More in this category: « Orangeries & Conservatories: Frame your existing home Drainage: Come rain or shine »
Login to post comments
back to top