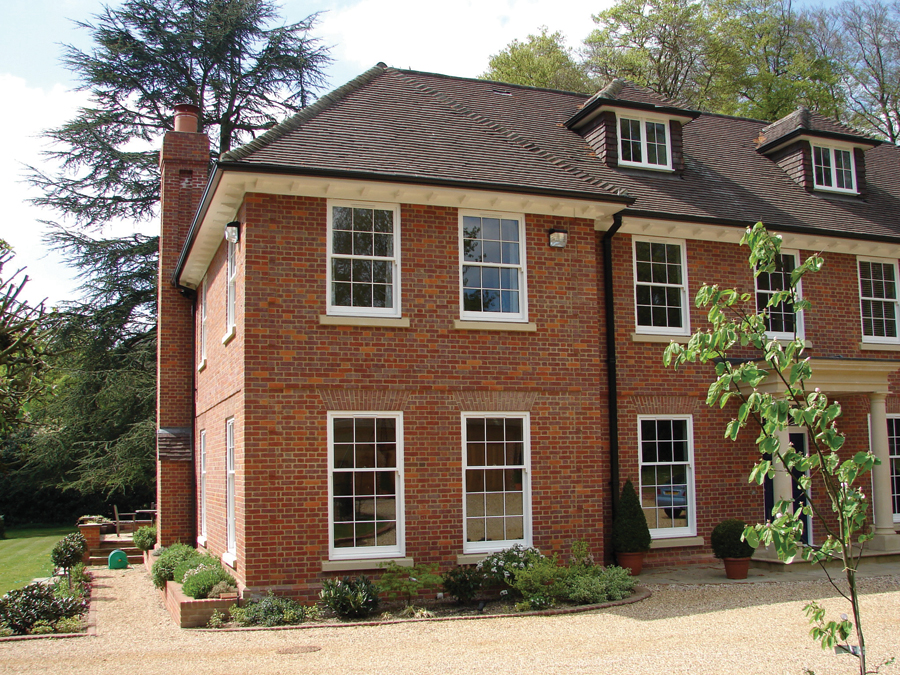 In recent years many historic crafts and trades have gradually declined or been separated from mainstream building in the face of the demand for mass production and more cost effective processes. Here, Graham Irving, Managing Director of Bovingdon Bricks, presents the value of old fashioned brick making.

Modern brick making has developed far beyond its small-scale regional origins. Today’s enormous high-tech factories have the capability to produce immense quantities of perfectly uniform and colour-controlled bricks through fast, efficient, fully automated processes. However, as technology continues to advance, traditional craftsmanship is in danger of becoming lost in time.

The heritage of brickmaking as we know it goes back to the fourteenth century, when most English towns had their own brickworks and, due to the bulky nature of the clay, the bricks were often made by hand on site. In those days, it was very much a seasonal business. The clay would be dug locally in the late autumn and then left out in the fields during the winter to sour – a process by which the weather would break down soluble materials – then in spring through to autumn the bricks were made.

Originally, the clay was mixed by hand and then later, during the ‘age of mechanisation’ ‘pugged’ in pug mills or wet pans – depending on whether the clay was dense or soft – which would have been horse powered and eventually steam-driven in the eighteenth and nineteenth centuries. The pugs of clay were then moulded and dried naturally on ‘hacks’ in the open air until they were ready to be fired. The whole process could potentially take up to nine months.

Bricks from one part of the country would have a completely different colour and texture from those made in another area, because of the chemical differences in the local clay, the type of sand used in the mould and the colour of that sand. The appearance of the bricks would also be influenced by differences in hand moulding, the fuel used for the firing and the temperature and position of the bricks in the kiln. All these variable factors would have contributed to the rather quirky and irregular character of much of the historic brickwork across the British Isles.

The decline in regional brickworks
Unfortunately, with the exhaustion of some of the local clay reserves and the need for fully automated volume production, not to mention the severity of this recent recession, many small-scale regional brickworks have had to close down. This has left the industry with fewer craftsmen capable of making bricks of real historic character.

Hertfordshire, for instance, was once a thriving brickmaking region. However, where there used to be over 15 brickworks, only Bovingdon Bricks now remains. The company continues to use traditional methods of brickmaking in order produce unique and unpredictable characteristics.

Preservation of age-old processes
The company’s traditional wet mud processes have not changed substantially since the brickworks was founded in the 1920s. The clay is still dug locally – although no longer by hand – and the soft pugs of clay are mixed in a Victorian styled wet pan dating from 1935, before passing through rollers to crush any flint or debris. The pugs are then thrown into wooden moulds and dried for three to six days in gas-fired drying sheds before being stacked, again by hand, in the kilns.

Unlike modern production methods, there is very little artificial or mechanical intervention. Even the old berry machine, which delivers the pugs of clay onto the bench for the hand-throwers, dates back 80-90 years. Importantly, the natural irregularity and colour of the bricks is not determined by the use of stains, pigments and sophisticated weathering techniques used by modern manufacturers nor are the bricks tumbled to achieve a reclaimed appearance. The character is created by the technique of each individual brickmaker and the intensity of the heat and fluctuations in air-flow in the kiln. This is even influenced to some degree by day-to-day changes in the weather conditions.

Bovingdon is one of the few brickworks to still use an open top ‘updraught’ Scotch kiln of the sort that was popular in the eighteenth and nineteenth centuries. Not dissimilar to the old ‘clamp’ styled kilns, it is rectangular in structure, with fire holes at the side. When the kiln fires at temperatures of 950 - 1400°C, the bricks at the centre where it is hottest develop a dark hue and those on the edges come out in lighter shades. Random ‘kiss marks’ are also created naturally, where the bricks touch each other, depending on how they have been stacked. These historic methods produce Berry Multis of great character with cracks, creases, folds and a richness of colour that can range from flaming orange through red and purple to a subtle grey brown.

Adding value in a modern age The continued use of these traditional building materials and techniques is not just important for the preservation of our heritage and the conservation of our listed historic buildings. Like many age-old skills such as thatching, wrought ironwork and the making of peg tiles, traditional brickmaking is still appreciated by discerning self-builders and renovators looking to add value and individuality to their homes.

More in this category: « Electrical: Automated ambitions How to choose the right flooring »
Login to post comments
back to top