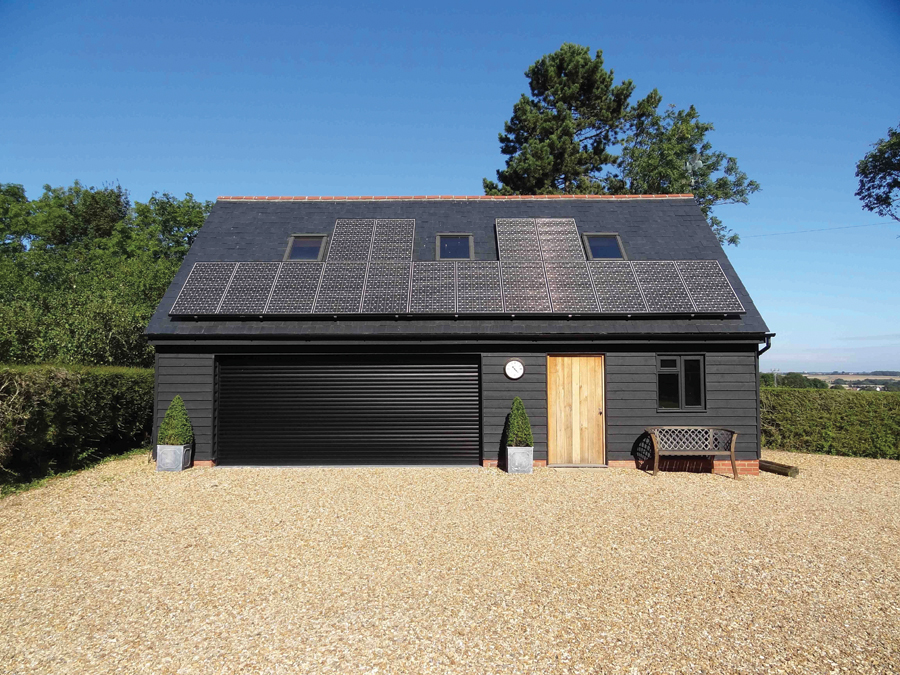 The predominant reason for the UK’s rise up the solar ranks is due to the exponential growth in utility-scale solar – large solar farms that generate electricity for thousands of homes throughout the year. Alongside this, the UK continues to install increasing numbers of domestic solar systems, particularly among self-builders, with over 600,000 homes now generating solar energy to meet their everyday energy needs.

Installing a solar system upon a home, be it new-build or retrofit, is making increasing financial sense for homeowners. The Government-led Feed-in Tariff scheme, introduced in 2011, pays homeowners for every kWh of electricity they generate through their solar system. Additionally, any surplus or additional units of energy generated but not used by the homeowner can be sold back to their electricity provider for an export tariff of 4.77p per kWh.

The other half of the financial equation for homeowners is the immediate savings to be made on their monthly electricity bills. With electricity prices continuing to rise, solar system homeowners are able to reduce their dependency from the national grid and consequentially make significant reductions on their energy bills – a key point for progressive self-builders.

Importantly, the cost of solar over the last five years has, and continues to diminish with system prices 60% of their cost just four years ago. This, combined with technology improvements in solar panel efficiency, and now standard 20- to 25-year panel guarantees, make solar an ever-attractive proposition for self-builders.

While the financial implications and benefits of installing solar can seem complex, a number of services have been launched to help potential solar users fully understand these issues, such as Panasonic’s virtual solar platform that provides users with a clear estimate of how much of their day-to-day needs can be powered by a solar system, the financial earnings they can expect and the investment required to go solar.

An equally important reason for the rise in popularity of solar for self-builders is its compatibility with other forms of clean energy generation now widely available to UK consumers. When designing and constructing homes, self-builders can install and pair solar with other energy technologies, such as solar thermal and heat pumps, to ultimately become as energy independent as possible.

With energy storage technology set to become both commercially and ever-more financially viable in the next three to five years, self-builders will soon have an additional energy component to adopt into new homes to become 100% free from the national grid.

Finally, one of the fastest-growing and influential factors for self-builders is sustainability – designing and building a home that is both suited to their lifestyle and environmentally friendly. There is an ever-growing importance for such elements as building materials, insulation, water use and drainage, lighting and energy to be eco-friendly for the benefit of the environment and to lower the homeowner’s energy consumption, making solar a vital part of the modern self-builder’s agenda.

More in this category: « Eco-conscious advantages Thatch made in heaven: Practical advice on risks and rewards of owning a thatched property »
Login to post comments
back to top