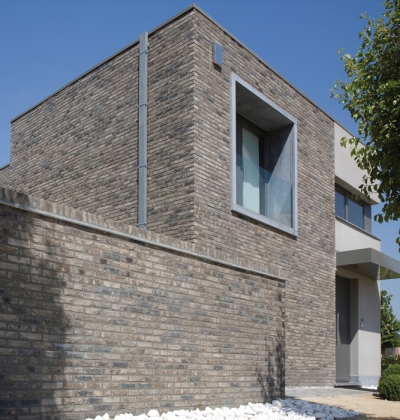 Over 90% of what is seen on the outside of a finished home equates for typically less than 5% of the build cost. This means that by skimping on your choice of bricks, you actually have a very low impact on the overall project cost.

Before making your brick purchase be sure to consider the following:

Keep in mind that bricks last the lifetime of a building. They can have a monumental impact on a home’s facade and resale value.

Brickwork can seldom be altered without major additional cost, so carefully consider how ‘in-keeping’ their appearance is with the environment.

The suitability of a house to its surroundings is absolutely fundamental. This is not to say that all houses should look the same, but they do need to complement their location.

With a growing variety of colours and textures, attaining the right blend and ensuring it is ‘in tune’ with the surrounding vernacular is not easy. Brick colour, together with its texture, mortar colour and bond, all impact on brickwork aesthetics.

Mortar contributes to just over 17% of the brickwork. One of the most common and costly mistakes, is choosing a mortar colour that overpowers the brick.

It is a good idea to visit projects with similar brickwork or build a 1m² sample wall. This also helps when making decisions on the type of brick used where the variation in colour on a production run can easily be seen.

Consider the environmental conditions the property will be subjected to. For those inspired by the Government’s recent proposals, protecting the property from the elements will be key. The weathered facade of a property next to those that have fared much better will do no favours to its resale value, unless it is in keeping with the overall design of the build.

When choosing clay facing bricks, choose a brick with an ‘F’ rating as minimum - F2 is highest, meaning bricks are resistant even under severe exposure to continuous saturation and freezing.

Houses built on or near coastal environments or regions classified as having harsh soils will need exposure grade bricks and mortar joints. If the hope is to escape efflorescence - the white deposits on the surface of bricks caused by salt residue - specify bricks with a lower salt content.

Avoid a brick shortage! Calculating the cost of bricks is very much dependent upon the size and style of the project. As a general rule there are 60 standard-format (65mm) bricks per m² of wall, but always look to order between 5-7% more to account for spoilage. Poor contingency planning can be a costly mistake, since ordering relatively small numbers of additional bricks can be considerably more expensive.

More in this category: Failed cellar barrel vaults stabilised without rebuilding »
Login to post comments
back to top