Potton explores the history of Passivhaus 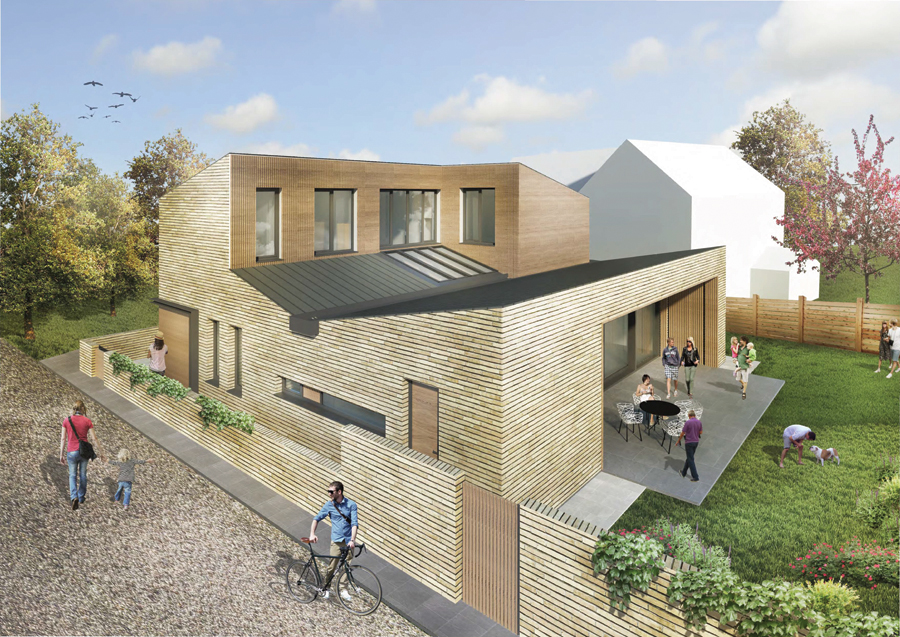 Potton’s decision to build the UK’s first self-build Passivhaus show home at its St Neots show centre marks a significant step in the development of self-build in Britain. Now as the new show home nears completion, Potton, with the help of Author of the Housebuilder’s Bible Mark Brinkley, explores the background of Passivhaus.

The emergence of Passivhaus has been a game changer for construction. It has successfully blended the various strands of our knowledge in the area of energy saving and put them into a single, logical package. Follow the Passivhaus recipe to the letter and you will get a house which uses very little energy and promises a level of comfort that most new homes still fall way short of.

Designed by HTA Design LLP, a leading housing design practice with a long-term commitment to sustainability, the two-storey contemporary show house will be officially opened on 17th September 2016.

The project has already generated a lot of interest from both self-build enthusiasts and commercial organisations alike, dispelling the myth that the Passivhaus design has to be boxy and boring and sparking the imagination of visitors to the show centre.

Through a series of events, known as Self Build Live, potential self-builders have been given ‘access all areas’ to see the construction of the Passivhaus and learn first-hand how to build their own.

With two more scheduled build events to run plus the official launch, there’s still time to take part in Self Build Live sessions. The project has a dedicated website, www.selfbuildlive.com, where you are able to book your place and access video diaries and photo galleries documenting the build.

How did it all come about?

The Passivhaus story started life in 1988 as a research project carried out by Swedish Professor Bo Adams and German Dr. Wolfgang Feist. The research looked at the many permutations of low-energy, eco-homes built since the 1970s to analyse what worked and what didn’t. After Prof Bo Adams retired, Dr. Wolfgang Feist not only built the first Passivhaus to demonstrate the effectiveness of the concept, but went on to found the Passivhaus Institute in Darmstadt and become a worldwide ambassador for the standard.

Passivhaus is not a German building regulation, as some seem to think. In fact, it’s administered by a private organisation headed by Feist himself, making it wholly independent of political interference, which has been critical to its success.

What is the Passivhaus standard?

Where previous attempts at energy saving concentrated on certain technical aspects of homebuilding, like using thicker walls with more insulation, or better glazing systems, Passivhaus starts out with a couple of aims in mind and then decides how to get there. The first goal is to build a house that is comfortable all year round, without having to resort to extra layers of clothing. The second goal is to do this whilst using a minimal amount of energy.

In fact, embedded at the very heart of the Passivhaus standard is a target. The energy use for space heating in a Passivhaus should be no more than 15kWh/m²/annum. That means that each square metre of your home shouldn’t require more than 15kWh of energy to keep warm and comfortable throughout any given year.

Now, a typical four-bedroomed self-build home measures something like 160m² (internal floor area) and this translates as a space heating requirement of 2400kWh/annum. If you were using a gas underfloor heating system to provide this heat, your annual fuel bill for this would be around £100 (at 4p/kWh) – or £2 a week.

So how do you go about it?

Passivhaus itself isn’t wedded to any one build system; you can build one using almost any recognised structural system, from concrete to straw-bale. But it’s an aspiration that you have to start with. You can’t get half way through a build and then decide to make it a Passivhaus: that will cause more problems than it solves. It’s something that has to be planned for from the offset and so it pays to work with experts.

Consequently, Passivhaus has until now tended to be the preserve of the specialist and the enthusiast. You had to know about it and seek out the right people. That is why it’s so significant that Potton has chosen to run with Passivhaus – it combines their deep knowledge of self-build with this emerging global standard for energy-efficiency.

With Potton’s backing, the spread of Passivhaus in the UK looks set to accelerate as more and more self-builders get to see what it is and how it works. In the next few years, I would anticipate that the self-builder’s first question will have changed from “should I build a Passivhaus?” to “why would I not build one?”

More in this category: « Why should you self-build? BuildStore outlines the benefits How to find the perfect plot for your self-build »
Login to post comments
back to top