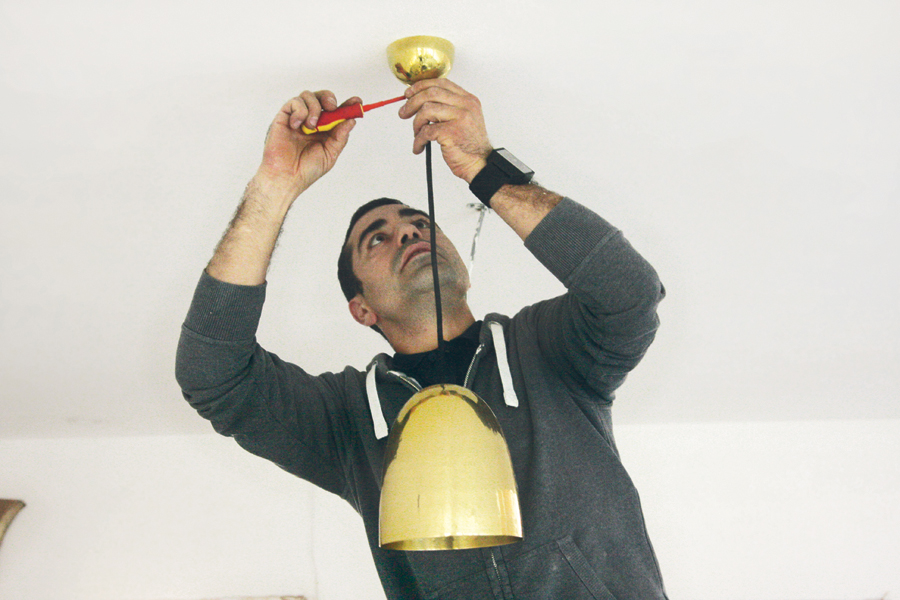 i-build is following Will Anderson as his self-build journey unfolds. At this stage of the process, the building's second fix is finally underway.

According to some of the self-build books, the time between first and second fix can be a matter of weeks. Once the cables and pipes are in, it’s just a matter of pinning up some plasterboard and getting the plasterers in for a few days, then you’re nearly ready to install your lights and taps. In my case, however, the gap has been a matter of months. The best part of a year in fact.

That’s partly because I’ve been on my own a good deal of the time but also because I’ve wanted all the walls, ceilings and floors to be fully finished before we go to the next stage. So as well as plastering, painting and tiling I have spent a lot of time laying our parquet floors, which look amazing now that they been sanded and oiled. I’ve also been distracted by building the first floor oak-framed conservatory, including its traditional leaded windows; making and installing the double-height bookcases which define our upper storey; and even tiling our roof windows with golden mosaic – all those crazy things that only a slightly obsessive self-builder would commit to taking on.

Anyhow, we have at last started second fix, beginning with the lights. One trade I decided not to try and take on myself was the electrics, given the risks involved and the amount of training needed to be able to sign off a system for building control. It’s not the kind of thing you can learn in a couple of weekends at your local builders’ training centre. Fortunately we have a very flexible and helpful electrician, Szymon Berlanga, who has an excellent memory for exactly where he put all the cables, given that he began the job nearly a year ago.

Lighting used to be a key issue for the energy efficiency of housing but all that’s changed since high-powered tungsten filament lamps were banned and the lighting manufacturers started producing extremely good quality LEDs. 10 years ago, a house fitted entirely with LEDs made the news because it was so advanced. But then, the quality of LEDs was still problematic. Now, there is an extraordinary range of LEDs for all domestic light fitting, including bulbs which mimic traditional tungsten filaments. All of which means there’s no longer a need to worry about the technology and you can spend all your time choosing your fittings in the knowledge that there will always be a good LED to fit them.

We deliberately set and protected a decent lighting budget because lights play such an important role in the final feel of a home. So we have splashed out a bit, including hammered brass pendants in the kitchen, from Original BTC, bronze wall lights at either side of the window seat in our main living space, from Dusk Lighting, and a lovely 1970s German glass and brass ceiling light from Hector Finch. In the middle of our upper library bookshelves I have installed a particularly unusual second-hand light, a modernist combination of steel and spun glass, which I bought on a whim at a local antiques fair. I had to build a special box for it in order to incorporate it into the shelves but it transforms the bookshelves.

Next stop, kitchens and bathrooms. Some people give themselves months to install a new kitchen. As we’re planning to move in before Christmas, I’m going to have to reverse the trend once again and try to get ours sorted in a week.