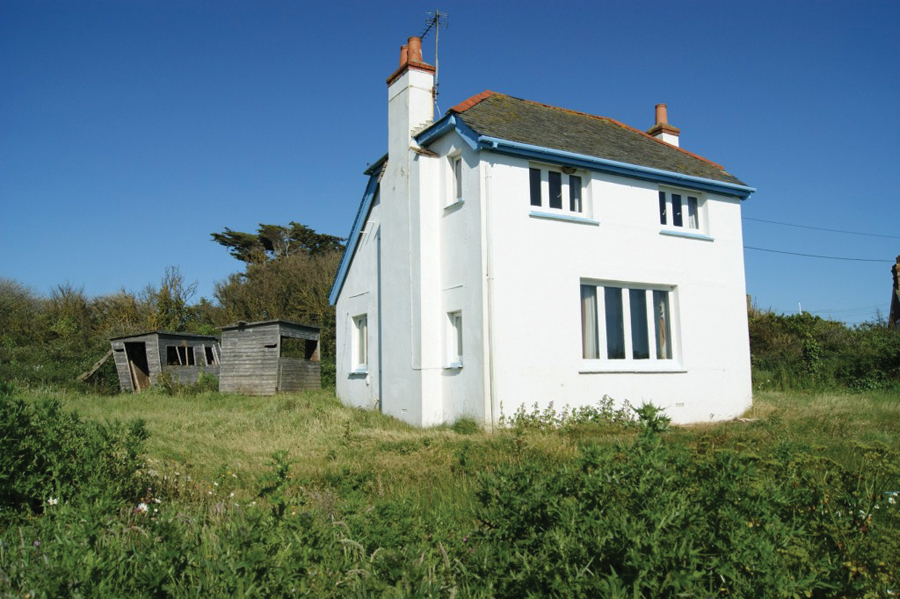 An Isle of Wight self-builder has built an energy efficient home thanks to renewable technology and high-quality insulation.

Phil Clabburn, a civil engineer who for the past 20 years has restored WW2 powerboats, was determined to future proof his Isle of Wight self-build as simply as possible.

Protecting his purse from utility companies was the prime driver behind the decision to super-insulate his new build home by the sea.

Phil is aiming to complete his 1900ft&sup2; traditionally styled timber frame home by the autumn. He is looking forward to minimal fuel and water bills over the coming decades thanks to the installation of a wood pellet burner, rainwater recovery system, solar thermal panel and LED lighting. Another key component of his highly efficient house is what he describes as the ‘phenomenal’ insulation.

Phil had a clear vision and passion to create a future proof home, which has nothing but 5000 miles of sea between it and Brazil and receives a battering from 100mph winds!

He explains: “My partner and I were fortunate to stumble upon a fantastic opportunity just 300 yards from the sea. I wasn’t looking to build a new house, but after close inspection the existing one wasn’t up for refurbishment – 70 years of a coastal battering had taken its toll.

“My objective was not to go all eco and save the planet, it was simply to save ourselves from the utility companies! Looking at the project scientifically, I had some key objectives I wanted to achieve – mega insulation, low energy usage and low water consumption. This has been achieved by simple technologies, rather than complicated, expensive ones which consume lots of electricity!”

More than 70 rolls of Actis Hybrid were delivered to the site. Phil had used this product in the past for his boats, so knew its air tightness and ease of use advantages. He has used 120mm Hybris in the timber frame and 240mm in the roof, along with H Control Hybrid. And he says even without the heating installed the temperature in the bedrooms only drops by one degree over night. In fact he used some of the offcuts to insulate the bath – whose water remained at the same temperature for an hour and a half on his first trial!

He continues: “Air tightness is crucial. It doesn’t matter how good you are with a saw, you’ll never get a proper fit with insulation board. Actis expands itself into a void and the ‘blanket’ layer is belt and braces. It was also easy to cut, with no mess and no waste.”

While the majority of installers put the Actis Hybrid range to the use for which it was designed – that is insulating buildings – a number of people have found additional uses for the insulation.

Actis H Control Hybrid is CE marked as a vapour control layer, but is dual purpose and also acts as an insulation, which means the thickness of the main insulation can be reduced to achieve the same required U-value. It is used on the warm side of any insulation material, behind the internal finish in roofs, walls and ceilings.

A breather membrane is ideal for moisture control. Actis Boost R Hybrid is CE marked as a breather membrane but, like H Control Hybrid, is dual purpose, also acts as an insulation. Reflective and watertight, yet vapour permeable it’s used on the cold side of roofs and walls. Because water vapour molecules are smaller than those in water droplets, it lets moisture out but doesn’t let water in. It also helps improve the building’s air tightness.

The membrane not only keeps damp out, it boosts thermal resistance, keeping heat in, achieving a declared core R-value of 1.35 m2.K/W with no air gaps and an R value of 2.40 m2.K/W with two air voids.

What is an R-value?

“The fabric of a building is a crucial factor in determining its overall energy efficiency. The target Fabric Energy Efficiency rate stipulates that the physical envelope of the house – the longest lasting element of every new home – plays the greatest part in ensuring this efficiency.

“The target FEE stresses that greater emphasis must be placed on the U-value of a new build – the lower the figure the more efficient the envelope. A U-value doesn’t apply to any individual material used in the build up, but to each of these elements as a whole. What each material component does have is an R-value – or thermal resistance – which is the resistance to the transfer of heat across the material.

“While U-values need to be as low as possible for maximum efficiency, R-values have to be as high as possible. In order to determine the R-value of each fabric we need to determine the thermal conductivity of each of the materials used in the build up – the lambda value.

“Many materials have a standardised lambda value. A sort of construction equivalent of a periodic table exists to define the thermal conductivity of each material – how much heat is conducted through a cubic metre of material with a one Kelvin temperature difference between side A and side B. The more easily a material conducts, the higher its lambda value. For example, aluminium, which conducts heat very easily, has a lambda value of 160 W/mK, steel – 50 W/mK and brick 0.72 W/mK.

“Thermal resistance is then calculated by dividing the thickness of a material (in metres) by its thermal conductivity (lambda value).

“So when determining U-values one needs to follow the following steps:

More in this category: « Heating: The future of zero carbon? Bathrooms: Inclusive design »
Login to post comments
back to top