Heating: The heat is on 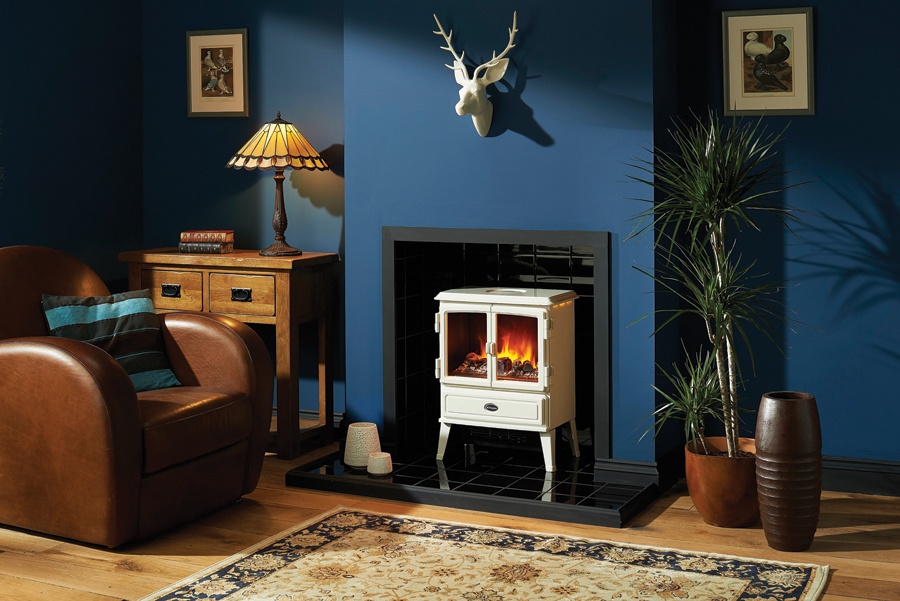 Space and water heating normally accounts for more than 60% of a household’s energy, so it’s crucial that self-builders make the right choice when planning their heating system. Karen Trewick, Director of Communications at electric heating specialist Dimplex, looks at the options available to maximise comfort and keep running costs down.

Heat pumps are a popular choice, which extract warmth from the ground or ambient air and compress it, raising the temperature sufficiently to run a heating system. As the names suggest, air source heat pump systems take energy from the air and ground source systems use the earth’s own energy.

Installing a typical air source heat pump system is not inexpensive, but the combination of lower energy bills and added income through the Government’s Renewable Heat Incentive (RHI) scheme could see higher efficiency models back in as little as five years.

Ground source heat pumps are inevitably more expensive to install, but with bigger cost savings and higher RHI payments, the payback period could be as low as four years.

Running costs will vary depending on a number of factors, including the size of your property, the level of insulation and what temperatures you are aiming to achieve.

The importance of emitters

The important thing to remember with heat pump systems is that they work more efficiently at lower output temperatures. This means that the choice of heat emitter – whether radiators, underfloor heating or specially designed low temperature radiators – is crucial to the ongoing performance and running costs of the system.

Conventional ‘wet’ radiators require a flow temperature of around 55°C, which in most cases is the maximum flow temperature that can be achieved by a heat pump. This means that the heat pump would be forced to work above and beyond efficient levels and radiators would need to be oversized in order to heat the building to its design temperatures.

With an optimum working temperature of 35-40oC – similar to underfloor heating – these radiators do not require oversizing like their conventional counterparts. In fact, they contain around only 5% of the water content of a traditional model and deliver three times more output per metre of length than a double panel convector.

Direct acting electric radiators combine radiant and convection heating with delayed anticipatory control to provide heat. This makes these products perfect for rooms like conservatories or bedrooms which may not be occupied continuously and means they can be used as a supplement to the main heating system.

Another to consider is an electric towel rail, which can offer low energy towel warming separate from the main central heating system. With a choice of sizes and finishes as well as optional controllers, they can provide cheap, safe and maintenance-free towel warming throughout the year.

No flames, no fuss

The final product for self-builders to consider is as much an interior design statement as it is a heating source. Often easy to install and with more realistic flame effects than ever before, electric fires are proving increasingly popular. In fact, research shows that 67% of customers who buy an electric fire have gas central heating in their house, which means that they probably could have opted for a gas fire but chose electric. For those householders and many others like them, the benefits of easy installation and an instant flame for atmosphere and aesthetics help them to create a stunning focal point in the home.

Unlike gas fires and solid fuel stoves, most electric fires can be operated independently of the heat to create a cosy glow without adding unwanted heat to the room and costing only as much as a light bulb to run. It means a unique year-round product, offering ambience through the seasons with additional warmth only when needed.

The realism of revolutionary new flame effects have only reinforced this buying trend. Dimplex Opti-myst, for example, is the world’s first truly 3D flame effect for electric fires, offering the illusion of real flames and smoke. This can feature in a range of products including stoves, inset fires and wall mounted models.

More in this category: « Your guide to kitchen worktops Firm foundations for your self-build »
Login to post comments
back to top