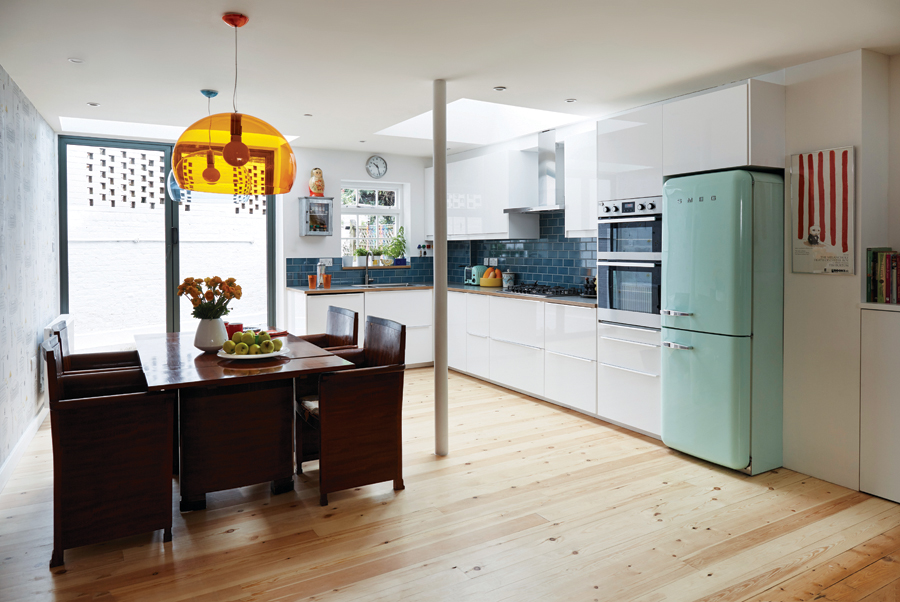 To meet the growing needs of their growing family, Tania and Mike Voaden have transformed their stylish home into a spacious, light and airy family abode.

When Tania and Mike Voaden bought their stylish home in Kentish Town, North West London, 15 years ago it had everything they were looking for. The location, on a quiet cul-de-sac, the period features, preserved thanks to the street’s conservation status, and the space, two sizeable bedrooms, ticked all of the boxes for this new family.

As Tania and Mike’s family has expanded to include three children, now aged 10, seven and four, the once-spacious house began to feel cramped. The Voadens were left with a difficult decision – they could either move to a bigger house, or renovate the much-loved family home to suit their new needs.

“When my husband and I bought this house 15 years ago it was the perfect size and location,” says Tania, the homeowner and an Administrator at a local primary school in Kentish Town.

“Even after our first child, we had enough space. But by the time our third child arrived there just wasn’t enough room to live comfortably and we felt we needed a bigger area for our children to play and to grow. We also wanted another bedroom for the kids, so they didn’t have to share one small room. We were left with a bit of a dilemma, but we absolutely loved the house, the street and the area and felt really strongly about extending rather than moving altogether.”

Not only did the Voadens feel short of living space, they also felt passionate about creating a lighter and airier home with higher ceilings and more windows, bringing aspects of the outside in.

“Our home had always felt considerably dark due to its cottage style and position. It’s also surrounded by mature oak trees leaving it in the shade, even on the brightest day,” explains Tania.

With no real source of natural daylight, the family was shadowed in darkness and noticed the effects of living in a home lacking in brightness. Mike and Tania grew tired of the clutter and lack of ‘breathing space’ in the house. They knew what they wanted to do, but just weren’t sure how.

Tania said: “As a family we love the outdoors and the kids have always been active and eager to get home from school to play in the garden, so it was a bit trying at times when we’d come home to a gloomy house in the winter months and they’d be stuck inside a confined space. I also love cooking and spending time in the kitchen preparing family meals, but being in a dark, cramped space meant it was becoming a mundane task rather than an enjoyable part of my day. We were desperate to seek help and advice on how to transform our home to suit our lifestyle.”

With the help of Martins Camisuli Architects, Tania and Mike made the decision to create a larger, brighter, open-plan kitchen/living room at the back end of their property, to remove a disused and cramped attic to allow daylight to filter throughout the home and to add a third bedroom above the newly-created extension.

“Martins Camisuli Architects came highly recommended to us by family friends,” says Tania. “It was fantastic that we were able to see first-hand the quality of their work in a number of homes in the area – it really put our minds at ease that we were making the right choice. We particularly liked the way the team used simple but effective design to make the most of the space available.”

Leading on the project was MD Sebastian Camisuli and one of his first recommendations was to introduce natural light from above throughout the house.

With Fortess Grove sitting in a conservation area, there were limits on external fenestration meaning that the Voadens were restricted from using large picture windows to allow light in. Sebastian’s solution was to add VELUX roof windows to all three of the bedrooms, the upstairs bathroom and in the newly-created kitchen, giving each space a real wow factor. The use of VELUX Centre-Pivot roof windows, in white polyurethane finish, allowed for the maximum amount of daylight and fresh air to enter the home, while keeping the look clean and contemporary throughout.

Tania said: “When we enter our home now, we are struck by the sense of space and it has been lovely to come in and leave some of the chill behind while still being bathed in seasonal daylight. I can now head to the kitchen when I’m home from work and prepare food in natural light rather than in the shadowy recess of our old kitchen. The same goes for the kids when they want to play indoors on colder days. They can now enjoy playing inside the home just as much as outside as their rooms are flooded with natural daylight and are kept well-ventilated so they feel fresh.”

The addition of just five VELUX roof windows in increasing natural daylight in the home has been a revelation for the family. The Voadens set out to increase their family living space, and what they got in return is a bright and airy home that perfectly integrates both old and new aspects of the building. Both Tania and Mike are now proud to welcome people into the home, with the transformation not going unnoticed by their guests either.

Tania added: “We definitely feel the benefit of increased sunshine and everyone who has been to see the house immediately comments on how light and airy it feels. We’re all feeling the benefits already with all of the rooms now full of natural daylight and fresh air – giving the home the spacious feel we’ve needed for so long. Mike and I are already planning our first party as we know that we have room for guests to move around and enjoy the surroundings and extra space!” 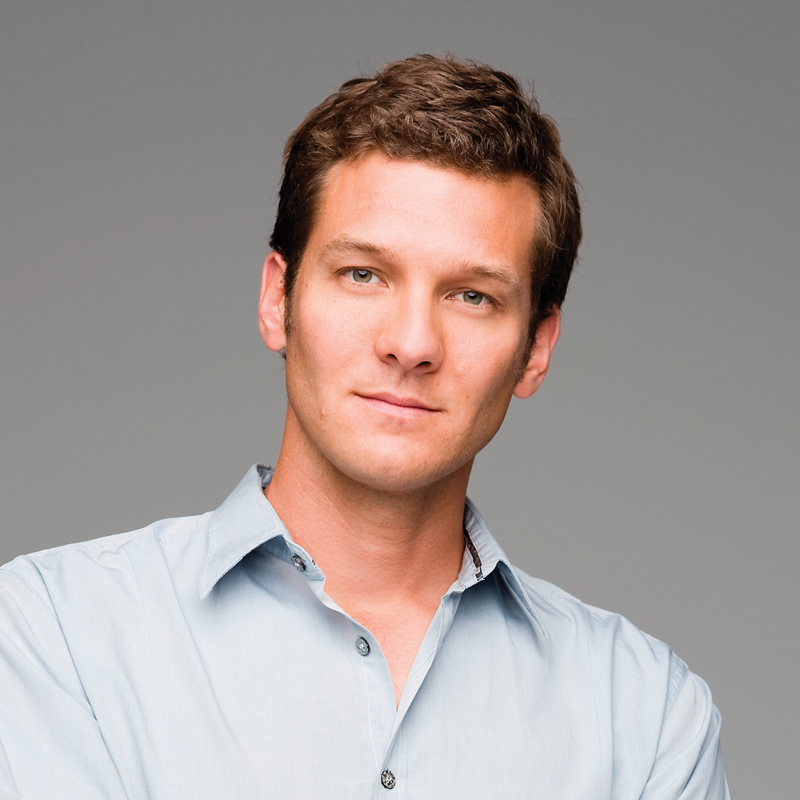 Charlie Luxton sheds light on his view of home automation...

Home automation is an area of architecture that, until recently, I have been ambivalent about. There were a number of good reasons for this.

Firstly, architecture doesn’t always go as smoothly as planned and there can be complications with planning issues etc. Secondly, when everyone was talking about smart homes and ‘the internet of things’, the best reason they gave for embracing this brave new world was when you run out of milk, your fridge will order more!

However, home technology is really changing fast and for the better and what’s more it is becoming affordable and reliable. The introduction of wireless controls and open platform programming has meant that a myriad of devices from different manufacturers can be linked into one control system.

The possibility of windows opening and lights and ovens coming on as you’re on your way home, all controlled by your phone and not some gargantuan suitcase of a controller, is actually here. The ‘nice to have’ entertainment and security potential of smart homes is great, but where home automation is becoming fundamental is for sustainable housing. To really drive down energy needs, some level of automation is key.

To that end, in our practice, we are increasingly using roof windows to provide more than natural light, but also to provide secure, responsive ventilation. Simple internet-enabled actuators connected to rain sensors and thermostats are turning windows and increasingly roof windows into a crucial part of sustainable homes.

Affordable and reliable without the need for miles of cabling, the new smart home really will be a better home.

More in this category: « Architect builds his own sustainable home Self-builder carves his vision with attention to detail »
Login to post comments
back to top