More than just a staircase 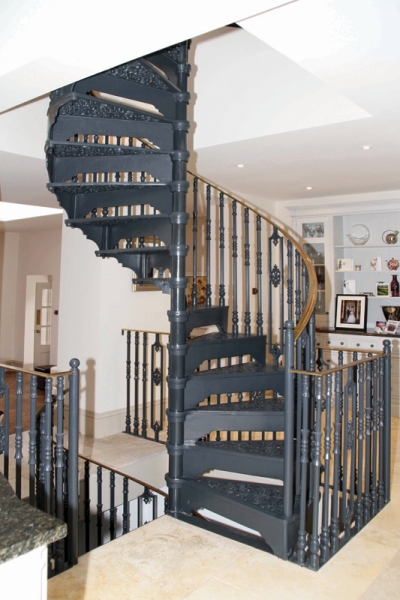 British Spirals & Castings has helped create a stunning feature piece staircase during the refurbishment of a Victorian period home in the picturesque town of Market Harborough.

Bryan Drew, the homeowner decided to include a three storey spiral staircase as part of the extensive refurbishment of his property, which also included creating an open plan kitchen, dining and living area with an Orangery added to the rear. The house was completely redecorated and many other improvements were also made, including the replacement of the fireplace in the formal dining room with an 1880s marble surround and basket which could have been installed when the property was originally built.