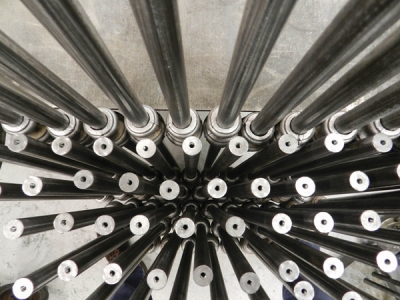 A family run producer of bespoke staircases, balconies and railings is flying the flag for British quality-compliance, by becoming one of the first spiral stair manufacturers to achieve the CE Mark for its products.

In achieving the CE (or Conformité Européenne) Mark, Derbyshire based British Spirals & Castings (BS&C) has put itself on the top rung, providing assurance that its manufacturing process meets the highest European standards.

The accreditation is a declaration by a manufacturer that its product meets EU safety, environmental and health protection requirements; and it enables the free movement of products within the European market where the harmonised standards apply across all member states.

There are more than 20 EU directives setting out the product categories requiring CE marking. In order to display the Mark a manufacturer has to satisfy itself that its product is in full compliance with the technical requirements of the relevant directive. The company then has a “presumption of conformity”. Each directive specifies whether an authorised third party, a Notified Body, needs to be involved in the assessment procedure - and for BS EN 1090, this is a requirement.

The CE mandate represents a major development for manufacturers, who have sole responsibility to ensure that their products comply with the relevant safety stipulations; so it is surprising that some manufacturers have been ‘slow off the mark’ and seem still to be unaware of the requirement.

British Spirals & Castings’ architectural products were independently assessed for conformity by the Steel Construction Certification Scheme, an approved Notified Body for structural steel companies. As the largest manufacturer of bespoke cast balconies and spiral and straight stairs in Europe, BS&C’s success means that, with the assurance of the CE Mark behind it, the company can forge ahead with its European business.