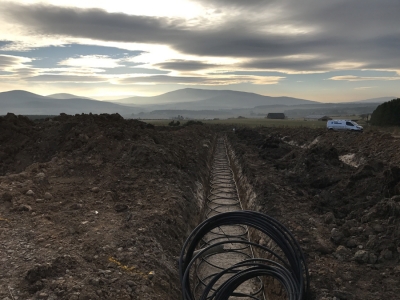 Air pollution in the form of particulates, Nitrogen Oxides (NOx) and Sulphur Oxides (SOx), is becoming a major health concern. Much of this air pollution is caused by vehicle transport but there is also a contribution from combustion heating systems that burn gas, oil, LPG or biomass to produce heat, making your choice of heating system a health concern as well as a financial, environmental and practical motivation.

What are the effects of air pollution?

Air pollution contributes to around 40,000 premature deaths, over 6 million sick days and a social cost of over £20 billion per year.

In 2017, the Royal College of Physicians (RCP) revealed that 44 of the 51 UK cities in the World Health Organization’s (WHO) ambient air pollution database exceed the WHO’s recommended limit for air particulate matter.

Alarmingly, scientists have recently evidenced particles of air pollution travel through pregnant women’s lungs and settle in their placentas.

In particular, air quality in the UK’s cities is a major issue. In London, the NOx pollution contribution directly from domestic and commercial gas boilers is estimated to be 16%, but that percentage is set to grow as transport becomes cleaner.

But I live in the country, air pollution isn’t a problem where I live… or is it?

Although air pollution is more apparent in cities, rural areas are impacted too. Take for example Truro in Cornwall, the rural home of ground source heat pump manufacturer, Kensa Heat Pumps. In 2015 Truro was declared an official Air Quality Management Area (AQMAs) due to higher pollution levels found in several ‘hotspots’; indeed, Truro is one of several AQMAs in Cornwall. And this is replicated across the UK, with 861 declared AQMAs.

The correlation between air pollution, climate change, and health has been widely publicised recently following the Royal College of General Practitioners (RCGP) announcing they are to cease any future investment in the oil and gas sector (1st August 2018) due to climate change being a “clear risk to the health and wellbeing” of patients, placing the NHS under severe strain.

The public health charity Medact describe air pollution as “comparable to tobacco in terms of the number of deaths per year for which it is responsible”.

Dr Katie Clare – Public Health Doctor and Medact member, has said, “The RCGP’s decision to divest could not be more timely. This sends a strong message that fossil fuel companies that damage our population’s health through air pollution and climate change have no future.”

Medact spokesperson Deirdre Duff commented, “The fossil fuel industry is driving the climate crisis and their actions have led us to the brink of a public health emergency. Gas, oil and coal companies continue to push false climate solutions and their lobbying is a huge obstacle to climate progress.”

“The RCGP decision to divest shows up the fossil fuel industry for what it really is – a rogue industry that is claiming patient lives today and putting the future health of people and planet in even more danger.”

Addressing our approach to heating and cooling existing and new buildings is therefore vital to deliver the air pollution and carbon reductions needed to improve the health and well-being of us all, and our planet.

How to make a difference

A ground source heat pump extracts naturally occurring heat from the ground (or water) and uses it for space heating and hot water production in buildings (domestic and commercial). The heat pump itself is an electrically driven device with no combustion. There are therefore no point of use emissions of any pollution – particulates, NOx or SOx (and no point of use CO2 emissions either).

There are estimated to be 900,000 domestic gas boilers in London alone. If these were all replaced with ground source heat pumps, we could reduce the NOx emissions in our city by over 400 tonnes per annum compared to even the best gas condensing boilers. Imagine the impact if all of the country made the switch to ground source heat pumps.

The decarbonisation of the UK electricity grid due to the decommissioning of coal fired power and the increasing role of solar PV and wind electricity generation in the UK energy mix, further lowers the carbon implications of ground source heat pumps; already highly efficient, producing three to four units of heat for each unit of electricity they consume, a ‘greener’ electricity grid further lessens the already low CO2 impacts of heat pumps.

If the actions of our cities are the catalyst for country-wide change, then London’s Cleaner Heat Cashback scheme, which offers small businesses in the capital up to 35% cashback when they switch their gas, oil, LPG or old biomass system to renewable heating systems, such as ground source heat pumps (GSHPs), supports London Mayor Sadiq Khan’s ambition to have a zero carbon capital city by 2050. Biomass fuels produce more air pollutants compared to other renewable technologies, therefore the scheme does not support the installation of new biomass boilers.

“Addressing our approach to heating and cooling buildings is vital if we are to make any notable impact on the air pollution and carbon reductions needed to halt environmental and health damage.

“And if that wasn’t enough of an incentive, via the Renewable Heat Incentive (RHI), Government pays self-builders to take action to reduce their carbon emissions by installing renewable heating technology.”

For self-builders looking to incorporate on-site electrical generation into their build, such as wind, solar PV, or even hydro power, then connecting this system to power the already highly efficient ground source heat pump removes any carbon emissions, providing a truly sustainable, non-polluting, conscientious, and financially rewarding heating solution, with the added security of an expected 20 year lifetime (and 100 year ground array lifetime).

More in this category: « Choose an independent for your next DIY project The future is bright for self-sufficiency »
Login to post comments
back to top