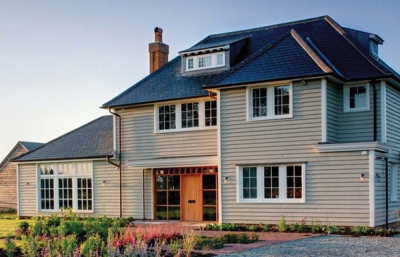 The company, which I established following the success of Westbury Garden Rooms, has seen steady growth over the last two decades, and the appointment of window industry guru, John Mumford, as co-Director in 2012 has resulted in further success.

Having launched an outstanding new range of products in 2015, and opened a new showroom in London¹s famous Lambeth Walk in 2016, the company has continued to go from strength to strength.

But success does not come without its challenges - things have changed dramatically in the timber windows industry since Westbury Windows & Joinery's conception back in 1992.

Around the time that Westbury Windows & Joinery was founded, timber windows had a particularly bad reputation. Many that had been installed in the post-war era were rotten by the 1980s, mainly due to the fact that when timber stocks sourced from Canada had diminished, cheaper, more readily available woods had been used instead, and unfortunately manufactured with poor profile designs and treatments processes. This lead to the common misconception that timber windows were high maintenance and poor performing. Consequently, uPVC windows, which were on the rise at this time, soon became the material of choice for the average homeowner. It was a tough time to be a wood windows manufacturer but we knew we had a superior product and we were poised ready for timber windows to become desirable once more.

John Mumford, previously CEO of a windows manufacturer, was instrumental in building timber¹s repute back up again. His technical expertise meant that he was able to design and build timber products with proven performance and longevity - and other joinery companies soon followed suit. But that too came with its challenges: as wooden windows became a more sought after product, the industry became fiercely competitive.

When John Mumford joined Westbury Windows & Joinery a few years ago, we gave some serious thought to what we wanted to offer our customers. We could see that the architectural details - flush joints, sharp edges, traditional mouldings - of beautiful windows were being jettisoned by many of our competitors as they strived to save money on manufacture, or began having their products manufactured abroad.

We didn't want to compromise our products, technically or aesthetically so we decided that our aim was to manufacture the highest quality product, with the best technical and energy-saving features of proven continental design, but with a traditional British heritage appearance. We are particularly proud that our products are designed and built in our workshop in Essex, and hand finished by our skilled craftsman. Additionally we¹re an environmentally conscious company so building sustainable, eco-friendly products was an added objective.

We spent two years researching the latest in manufacturing technologies and sustainable materials before designing our latest range, which we believe is the best available today. By using engineered timber in combination with the revolutionary Accoya®, we feel we've struck gold with our product quality in terms of its outstanding stability, durability and longevity.

We find that many of our customers are the discerning type; either architects or developers looking to build a property to a certain standard, or self-builders for whom the long term quality, detail and sustainability of their forever home really matters.

To still be going strong after 25 years in the business and producing market leading products is hugely rewarding and certainly something to celebrate!