Making use of leftover construction materials 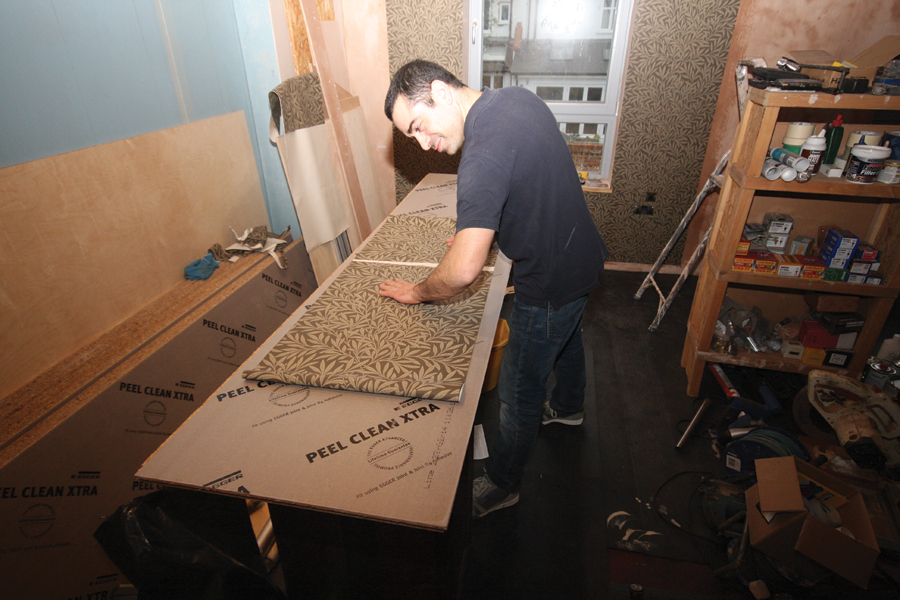 i-build follows Will Anderson as his self-build journey unfolds. Since i-build last caught up with Will, he has been busy making use of leftover construction materials.

One of the challenges of building is managing all the materials – especially on a self-build with a small urban plot. Sometimes building just feels like an endless process of moving things around. Just when you’ve shifted one enormous pile of stuff out of the way, a lorry arrives with another. Consequently there is a curious pleasure to be had in seeing things get absorbed into the building. For not only is the building one step nearer completion but also you suddenly have space to move again.

Part of the problem is the desire to hang on to excess unused materials in the hope that a use will be found for them further down the line. This happens quite a lot but the result is an accumulation of leftovers. We are building a timber frame house with parquet floors and lots of second-fix joinery, so inevitably the stash of leftover wood has grown and grown over the past two years. As we near the end, this stash has become ever less desirable to live with, so the pressure has been on to either use it or lose it.

The timber frame went up in 2014 and ever since I have been holding on to a pile of good quality tongue and groove floor boards that Touchwood, our timber frame suppliers, could not fit into the van when the job was done. These are big chunky boards – 600 x 2400mm and 22mm thick with a good finish. And ever since they left them I had a plan for them: using them as the sides of the carcasses for our built-in bedroom wardrobe.

First, however, we used one of these boards as a pasting table for the wallpaper that went up on the other three walls of the bedroom. As I’m not skilled at putting up wall paper, I called once again on the skills of our versatile electrician, Szymon Berlanga. He did a good job, getting the pattern match of our William Morris willow wallpaper exactly right.

With the wall-papering complete, I set to work to turn the floor boards into cabinets for the fourth wall. Using floorboards isn’t quite as crazy as it might seem. For starters, we had always planned for the wardrobes to be 600mm deep, which is about right for shirts on hangers. Also, I could use the tongues of the boards as the rebate into which the backs of the carcasses could be fitted, thereby saving having to rout out any grooves for this purpose. Nonetheless there was a great deal of sawing involved, creating plumes of dust that filled the house that we are also trying to live in. Such are the joys of self build.

I also managed to use some offcuts of birch ply boards for shelves, though I had to go down the road to the timber yard to finish the job. It’s not a bad job, though it will all look a great deal better when I have built some doors for the cupboards and hidden everything.

Inevitably, all that new cupboard space was just too tempting for the remaining piles of construction stuff. So, for the time being, the wardrobe will also be a builder’s cupboard, with tins of oil and big tubs of paint jostling for space alongside shirts and trousers. One day, everything will be neat and tidy and in its place. But for now, the house remains half home, half workshop.

More in this category: « Will completes an epic stained glass window Will Anderson completes his walnut kitchen »
Login to post comments
back to top