Saving energy and making it 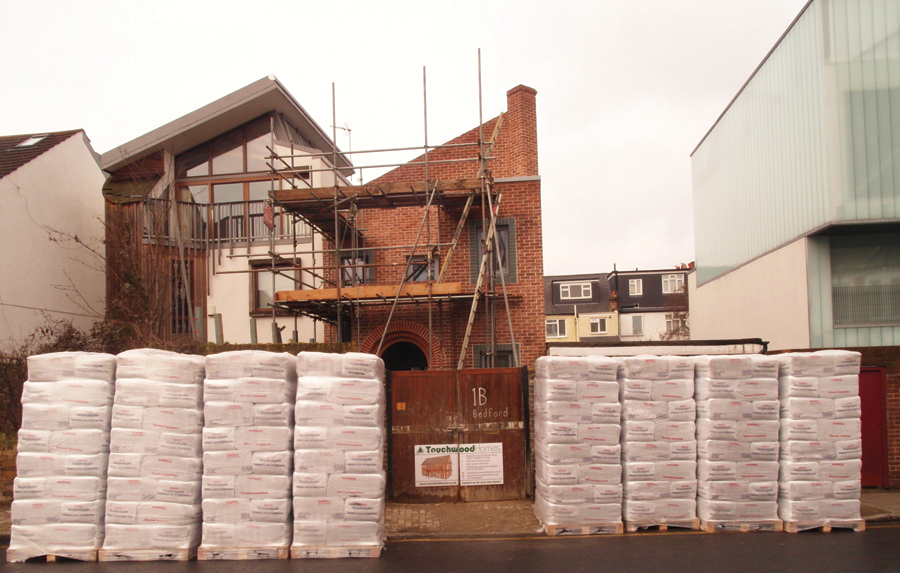 Each month we follow Will Anderson as his self-build journey unfolds. This month he gets busy with insulation and solar panels.

Fabric first’ is a popular slogan among determined eco-builders. This doesn’t mean that you should choose your curtains before you’ve decided whether to go for timber frame or brick and block construction. Rather, it means that you should prioritise keeping the heat in, by spending money on a super-insulated and airtight building fabric, before you start splurging on fancy renewable-energy-generating kit like solar panels and heat pumps.

However, this doesn’t mean you can’t do both. In fact, if you’ve got the money, doing both will give you the best results in the long-term. This month we filled the deep timber-fame walls of The Orchard with insulation then, two days later, commissioned the photovoltaic panels on the roof. This combination of ultra-efficient building fabric and on-site electricity generation should mean that our annual bills are very close to zero.

The insulation was definitely the bigger job. We used Warmcel, made from recycled newspapers, which was supplied and pumped into the walls by PYC Systems. Warmcel is a good product for timber frame new builds such as ours because it comes as a pulp and fills up all the cavities in the frame regardless of all the pipes and cables already in there. It gets pumped in under pressure, so inevitably the job is incredibly messy as the grey mulch kicks back and flies everywhere.

It took three days to complete the job. First, I took delivery of a mountain of insulation, which I stacked up on the street in front of the site. Then the three-man team from PYC arrived from mid-Wales with a van stuffed full of flexible plastic pipe. The pipe was unravelled and one end fitted to the hopper in the van which digested the bales of insulation. The other end of the pipe was pushed through holes cut in the plasterboard that lines the timber frame walls and ceilings, and the pump was switched on. After each cavity was stuffed full of insulation, the pipe was removed and the holes in the plasterboard repaired by clipping the little disks back in, ready for a plaster skim coat. The whole process wasn’t quite as easy as this sounds – there were some tricky corners and cavities – but the effect was immediate. Even without any heating installed, the building felt a lot warmer.

Our photovoltaic solar panels are definitely the high-tech cherry on our otherwise low-tech cake. They were commissioned by ICB, who installed the panels at the end of March, just before the value of the feed-in tariff fell on the 1st April. This tariff is the money we get paid for all the energy we generate, so we now have a solar-powered building site that is making us money, though only at about one hundredth of the speed that we are spending it to get the house built.

Unfortunately solar panels do not perfectly complement a super-insulated house because they start to really kick in just when we no longer need any active heating inside the building. But this doesn’t matter too much as we can just export our surplus to the Grid, then buy it back in the dark days of winter when the sun barely rises.

There’s still a long way to go but with insulated walls and a fully functioning roof, I can begin to think about final finishes. Not that I’ll be picking out curtains any time soon.

Tweet
Rate this item
(0 votes)
Published in Time Will Tell
More in this category: « Halfway there Back to square one »
Login to post comments
back to top