How to get your drainage right 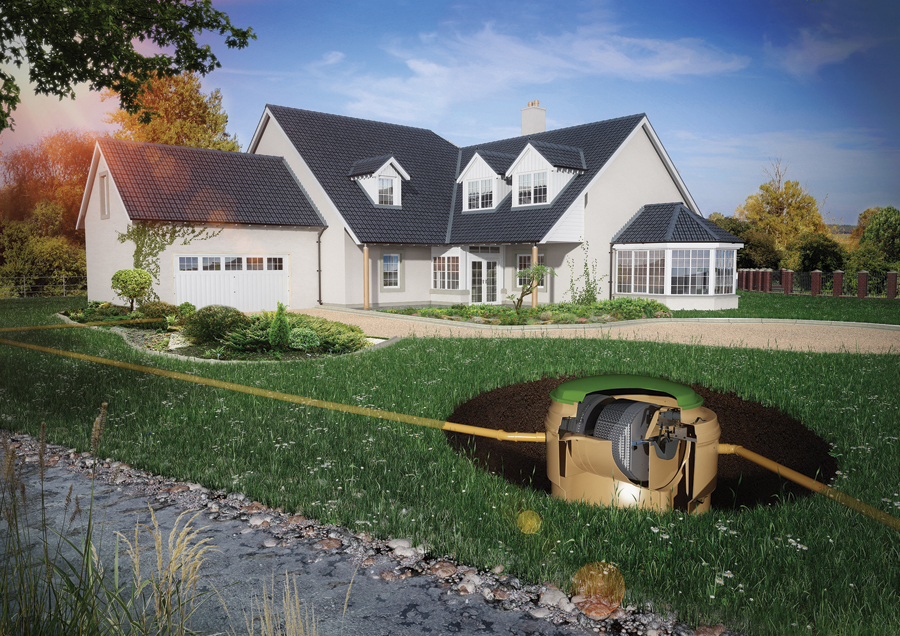 The advice comes following concerns that owners of off-mains properties in England and Wales are making choices for dealing with wastewater based on cost rather than considering the impact this might have on the environment. There are also reports from installers suggesting that local pollution incidents caused by inappropriate installations of septic tanks are rising.

Currently, if a property is off-mains drainage and cannot be connected to a mains sewer, even with a pumping station (which must be the first option), then wastewater can be dealt with within the property’s boundaries typically using a septic tank or sewage treatment plant.

The legal responsibility for the discharge lies with the property’s owner. However, changes to legislation in England and Wales in 2010, allied to the rise in internet shopping are believed to have contributed to a recent increase in septic tank purchases over sewage treatment plants, even though drainage conditions across the UK are such that the opposite should be the case. It’s our belief that up to 75% of discharges from private drainage systems are probably illegal. It’s a worrying trend which is probably exacerbated because it’s an issue which many people find too embarrassing to discuss openly.

The tendency to just type ‘septic tanks’ into search engines is probably because it is currently the best-known and cheapest solution if you’re off-mains drainage. But, a septic tank is not always the best way to treat sewage, and if a high-quality septic tank isn’t chosen carefully and installed correctly, then it can lead to problems for the homeowner, even making them liable for prosecution. What’s more, our accredited installers are reporting that calls are being made to their helplines when people are starting to notice there is a problem, or can no longer tolerate the consequences – which is often too late.

First, people must understand that sewage treatment need not be unpleasant or in any way anti-social! Top-end sewage treatment plants, such as BioDisc, produce clear – and odourless – overflow that is environmentally acceptable. You can even discharge it directly into watercourses, without affecting the water quality or wildlife, dependent on appropriate location, outflow quantity and regulator approval.

Septic tanks do not treat waste, they simply produce soluble waste from solids which is then discharged and filtered through the ground, usually requiring a reed bed. They can pollute groundwater – our drinking water essentially – as well as streams, ponds and rivers. If the ground conditions don’t allow efficient filtration, then sooner or later you will know about it.

Problems associated with local pollution in England and Wales appear to be increasing since changes were introduced to legislation in 2010. Prior to then, all homeowners had to apply to the Environment Agency for a Consent to Discharge, which prioritised sewage treatment plants over septic tank installations. But, five years ago, under Environmental Permitting Programme – Second Phase (EPP2) – this requirement was removed on the condition that the homeowner registered the installation on the Environment Agency website, and complied with various conditions.

However, if it was hoped that this would lead to a continued focus on best practice in sewage treatment, then this was a major miscalculation, as subsequent events have shown. New binding rules, released in January 2015, are not thought to have made a significant difference, either to attitudes or behaviour.

The new regulations do not apply in Scotland where private drainage remains tightly regulated.

There is a sense that the market across England and Wales has become an unregulated free-for-all. But, if that’s the case, all people are doing is storing up trouble for the future.

If you are in any doubt about the suitability of your garden to filter wastewater, then take the prudent course. Protect yourself and your family by installing a sewage treatment plant.

More in this category: « Revealing the paint trends and colour palettes for 2017 The luxury benefits of Green Oak »
Login to post comments
back to top