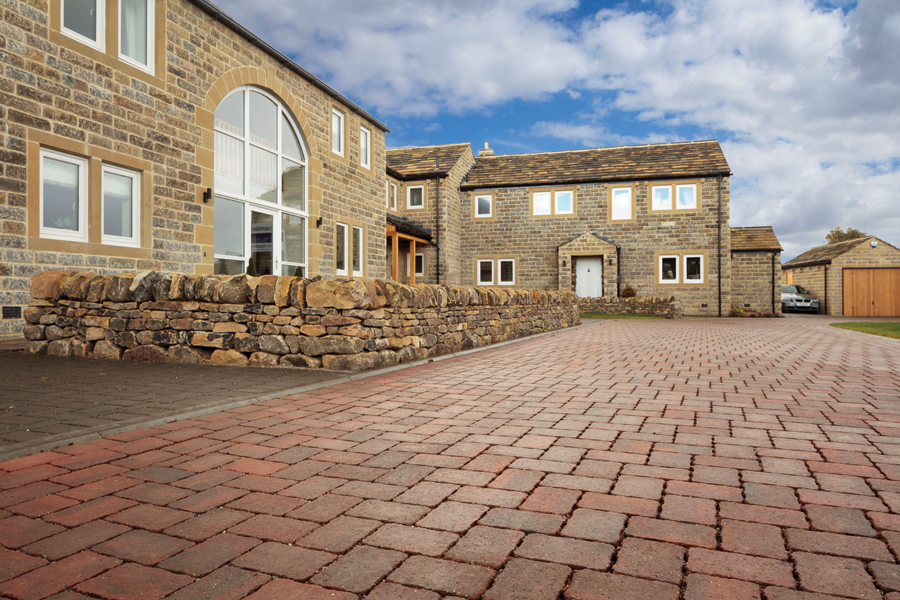 With flooding becoming more frequent, homeowners in high risk areas have more to lose when the downpours are at their worst. Andrew Gill, Marketing Manager at Brett Landscaping, suggests that incorporating sustainable drainage solutions (SuDS) into driveway and garden paving installations could help.

We’ve not long said goodbye to another winter comprising short bursts of torrential rain, flash flooding, rising water levels and mounting repair and insurance costs. With urbanisation increasingly replacing our green spaces, the changing nature of our landscape has become an indisputable factor in this susceptibility to flooding. So as our country’s skyline continues to change and flooding remains a real risk, could the right decision be to get proactive and let ‘flood prevention start at home’.

While there is a lot of talk around the most recent floods, sympathy for those affected and promises of future protection, the action required to fulfil these promises seems less abundant. Defences installed following previous floods have failed and while the previous Government has promised to plough more money into bigger barricades – which often only relocate the problem downstream – surely it is now time to seek more strategic, long-term solutions rather than repeating often ineffective “knee-jerk” reactions.

Nobody can dispute the role of rain in causing these floods, but the continued urbanisation of the country is most definitely also a significant contribution – and one which is all too often overlooked in the aftermath of localised flooding. Given that today the rate with which new houses are being built shows no signs of slowing, there can be no doubt that the problem will only increase unless we change our fundamental approach to surface water management.

One solution (and one we would back all the way), would be to make the implementation of sustainable drainage solutions (SuDS) mandatory for developers creating any new housing scheme. However, we’re suggesting that the homeowner makes their own mark on flood prevention, and takes the same principle to their own front door.

Why? Because SuDS allow surface water to be managed in a way which replicates natural run-off patterns on a greenfield site. This crucial attenuation process prevents excess surface water overwhelming our urban drainage systems and can be created using a range of technologies such as swales, permeable paving and flood basins.

One of the ways in which a homeowner could help is by having permeable paving installed as the solution for a driveway or garden redesign. It allows surface water to drain between the individual blocks and be held in the sub-base from where it can then be slowly released.

This process significantly reduces surface water run-off and has been proven to reduce pollution loads entering watercourses. It’s attractive. It’s low maintenance. It’s good for the environment. And it can make a real difference, because at the time of this article being written, the approach from the previous Government, when it comes to enforcing SuDS within new developments, still fails to be definitive – sticking instead with phrases such as ‘where reasonably practicable’ rather than ‘must and will’.

The approach towards homeowners is just the same. Legislation passed in 2008 states that a homeowner “will not need planning permission if a new or replacement driveway of any size uses permeable (or porous) surfacing such as gravel, permeable concrete block paving or porous asphalt”.

Despite recognising the need for SuDS, the enforcement and promotion of this requirement has been virtually non-existent. However, there are now starting to be instances where, in the conveyancing process of a house sale, the issue of an impermeable driveway installed post-2008 has caused significant problems, with homeowners having to relay drives or seek retrospective planning approval before any house sale can proceed.

Assertive approach the only way forward

Starting a new driveway can be slightly daunting and confusing. However, using a Brett Approved Installer (BAI) can make the process smoother and guarantee that all legal requirements are met. The finished result looks professional and creates a superb aesthetic impact. You’ll be making a difference, not just for yourself but for generations to come, as well as protecting your home now and into the future.

More in this category: « Bring the outdoors into the kitchen The benefits of installing LED lighting »
Login to post comments
back to top