An Intelligently - and Emotionally - Connected Home 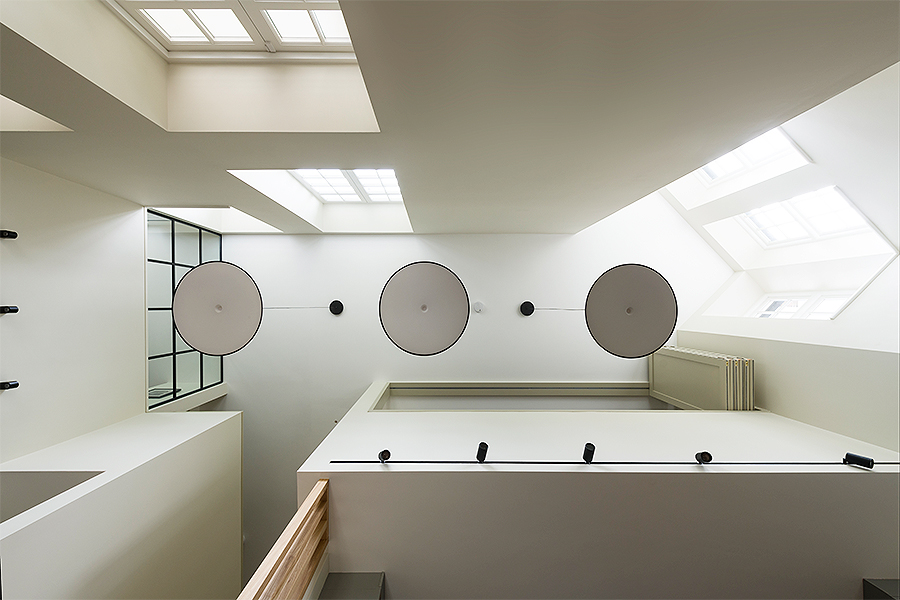 Robert Hirschfield Architects has completed a full renovation and restoration of a large Arts and Crafts period home in London's Hampstead Garden suburb.

In redesigning and expanding the floors, Robert Hirschfield Architects hasn’t just created a house with extra space but has designed a home that intelligently and emotionally connects all the way through.

Looking to take advantage of the change in level from street to garden and the magnificent backdrop of the woodland at the end of the site, Robert Hirschfield Architects opened the house up to encourage the family to make better use of the underutilised lower-ground-floor level, which opens out onto the rear garden.

“To better enjoy this level, we excavated down to create more generous floor-to-ceiling heights,” says Director Robert Hirschfield, “as well as introducing a double-height space in the dining area, up towards the ground floor, to allow for a better connection across the two levels.”

The large, diagonal bay window was an original feature of the building that had previously looked down the centre of the garden until a neighbouring house was built in close proximity. “We restored the majesty of this architectural feature by pulling back the ground floor at this point,” says Hirschfield, “creating a double-height window. Those enjoying this feature at lower-ground level are enveloped by the banquette, with a backdrop of greenery seen through the windows.” The view from the ground floor is now far-reaching across the garden’s woodland and tree canopy.

“We wanted to encourage the use of the lower-ground floor and reconfigured the home to create more space downstairs,” adds Hirschfield. The kitchen and dining area have both been relocated into one open-plan space, which sits alongside the snug TV room located below the new study. Better connections are afforded between the floors through the use of internal glazed partitions.

The living room on the ground floor has also been enlarged and panelled to create a dual feeling of period detailing and space. There are also painted timber shutters that can be closed off to give a sense of privacy. In keeping with the traditional Arts and Crafts style, the use of timber as a material lends a handcrafted quality throughout the project. The internal doors have also been remade as interpretations of the existing period panel doors.

There are three new staircases running through the home, all of which work independently from each other. “These were designed to create a more leisurely movement around the house and encourage the user to pause at the end of one flight of steps before going on to the next one,” says Hirschfield, “a ‘staircase promenade’ if you will!”

Each staircase has been designed with something specific in mind. The wide new staircase on the axis with the front door at the ground-floor level deliberately looks to draw the user downstairs to the new living space on the lower ground-floor. The staircase in the middle of the home is more playful and adorned with colourful bookshelves.

Its slatted bannister and open treads also allow more natural light to pass through. The third staircase continues the slatted theme but offers a more functional undercarriage incorporating storage below. All three staircases use the same olive ash timber, allowing for a common sympathetic approach in terms of their materiality.

More in this category: « Things to think about before converting your loft Heating system choices if you don’t have gas »
Login to post comments
back to top