What you need to know about wood-burning stoves 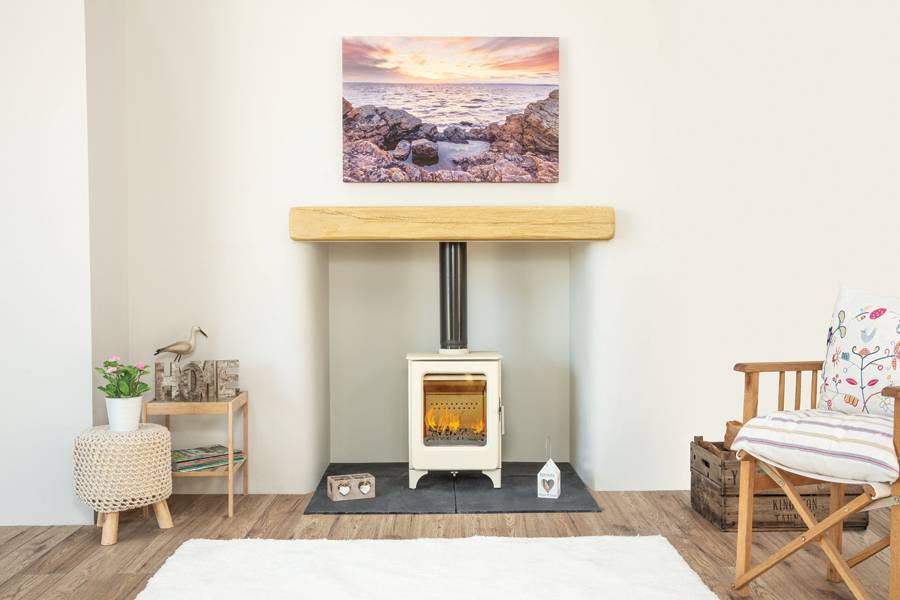 There has been a lot of talk in the media recently about emissions, either from diesel or wood-burning stoves, and also open fires.

It is important to make the distinction between open fires, old wood-burning stoves and the new generation of wood-burners.

The first comparison is between open fires and stoves in general. An open fire burns in a ratio of approximately 80:20. That is 80% of the heat lost up the chimney, with only 20% of the heat being retained into the room. That is a huge amount of wasted heat. But it is more than that, along with the heat going up the chimney, there are high levels of emissions and particulates, and it is these which are concerning the Government, especially in high-density living areas; our towns and cities.

These stoves have all been tested by an independent test laboratory, and will emit approximately 80% fewer particles than a stove manufactured 20 years ago – and approximately 90% fewer than an open fire. That not only helps save the environment, but also helps your pocket!

Once you have decided on the best eco-friendly stove, the next consideration is what wood to buy. The number one no-no is wet wood collected from your garden. The best wood to burn is kiln-dried wood. There is a standard – set by HETAS, called Woodsure – and this will certify that the wood has a less than 20% moisture content. Some kiln driers use waste wood for the drying process, instead of oil, which further completes the carbon-neutral circle. And if you ensure that the wood is sourced in the UK, and dried here, it will help reduce transportation implications on the environment.

The added advantage of using very low moisture content wood is that it burns much more efficiently so less wood will be used, which will actually have a positive effect on the cost of running the stove.

It is really important to follow the instruction manual of a stove. For instance, if the stove is overloaded with logs, it will have a negative effect on the stove as it will not burn as efficiently or cleanly – it’s always best to reload little and often.

One final tip – don’t take wood from a beach, it contains a lot of salt, which is extremely bad for your stove.

Tweet
Rate this item
(0 votes)
Published in Project Inspiration
More in this category: « An abundance of ways to make your self-build more accessible Four ways to light your self-build’s facade »
Login to post comments
back to top