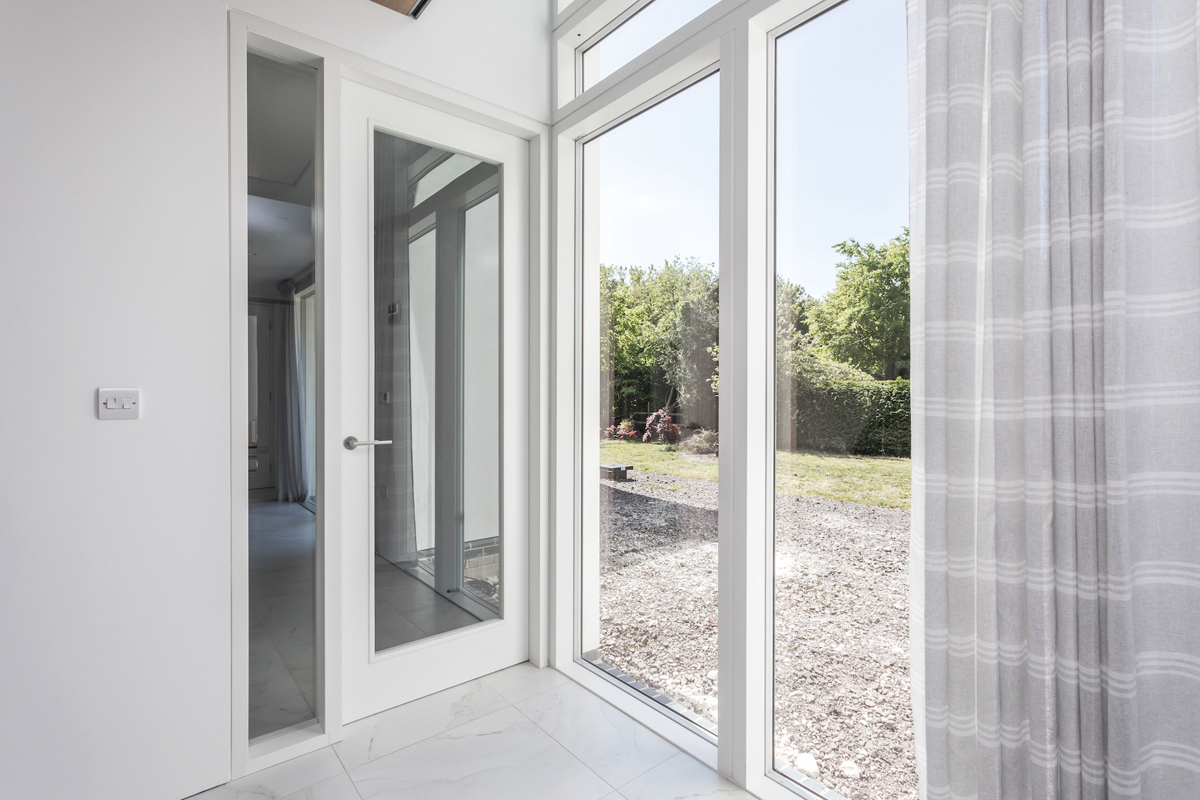 Beginning a self-build project that would result in becoming neighbours, Roger and Angie Stretton alongside Martin and Sarah Smith embarked on a project to create two modern, energy-efficient family homes. Seeking reliable, high-quality ironmongery and interior doorsets, they specified Allgood to provide the ideal solution.

In 2015, Roger Stretton – an Architect and one of the founders of the practice Berman Guedes Stretton – and Martin Smith joined together to bring to fruition their shared enthusiasm for contemporary, cutting-edge, environmentally-friendly residential design.

On an attractive, mature garden site near Dorchester in Dorset, two 2100ft² detached, two-storey houses were designed around south-facing courtyards with a one-and-a-half-storey height living room.In addition, one of these houses boasts a spacious double garage and the other a practical carport.Acting as both architect and project manager, Roger led the design and construction process for both properties. Supporting each other throughout the construction of both properties, Martin and Sarah’s house was built first with Roger and Angie’s house following later.

When designing the properties, environmentally-responsible materials, products and processes were at the forefront of the specification. To this end, incorporating renewable and innovative technologies, such as air source heat pumps and heat recovery ventilation systems enable the buildings to be highly energy-efficient.

Having previously used Allgood products, Roger recognised the brand for its quality and reliability and, consequently, specified Allgood’s Alite lever handles and Allgood doorsets for the project. He explains: “The new houses have a modern, minimalist design, so it was essential that the ironmongery and doors complemented this approach, Allgood’s satin stainless steel Alite handles and bespoke factory-finished doors met these requirements.” 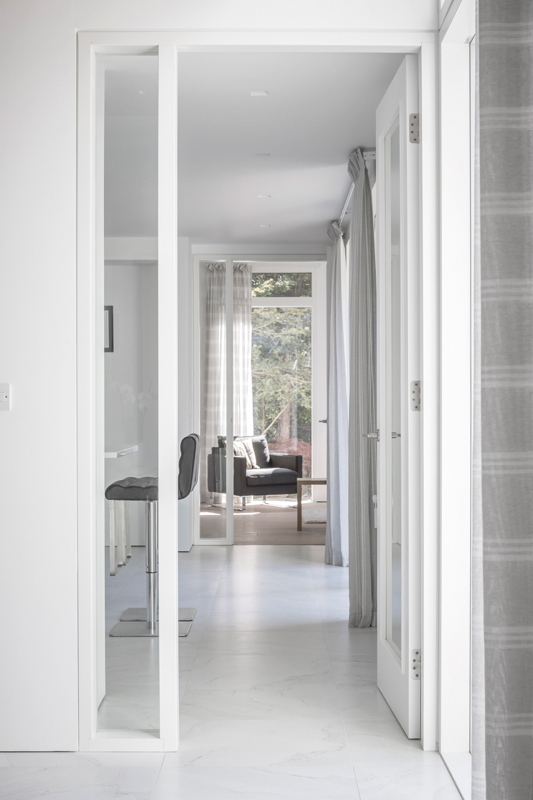 To complement the interior architecture of the buildings, 26 doorsets were supplied by Allgood to Roger’s design, incorporating fully-fabricated and finished flush doors with rebated frames to create a perimeter shadow gap. An important design feature was a clear line of vision through each house along the main axis of the plan. To achieve this, four special full-height glazed doors with glazed side panels were supplied. In addition, two 30-minute fire resisting doors were also specified to the plant rooms.

Arriving on site factory painted and with hinges and locks already fitted, the Allgood doorsets provide valuable savings in time, cost and waste as well as a higher quality finish.

Martin concluded: “The doors and ironmongery are key components of the design and Allgood’s response to the special requirements of this project have contributed to its success.” 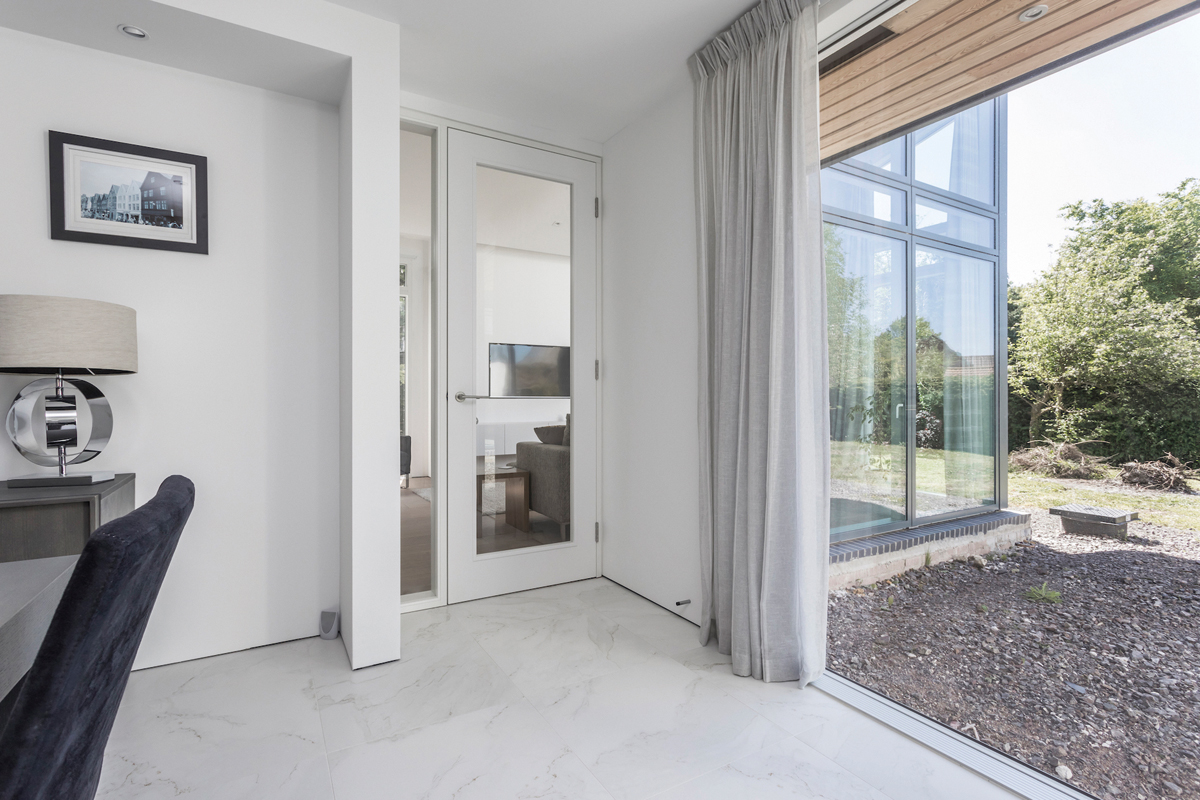 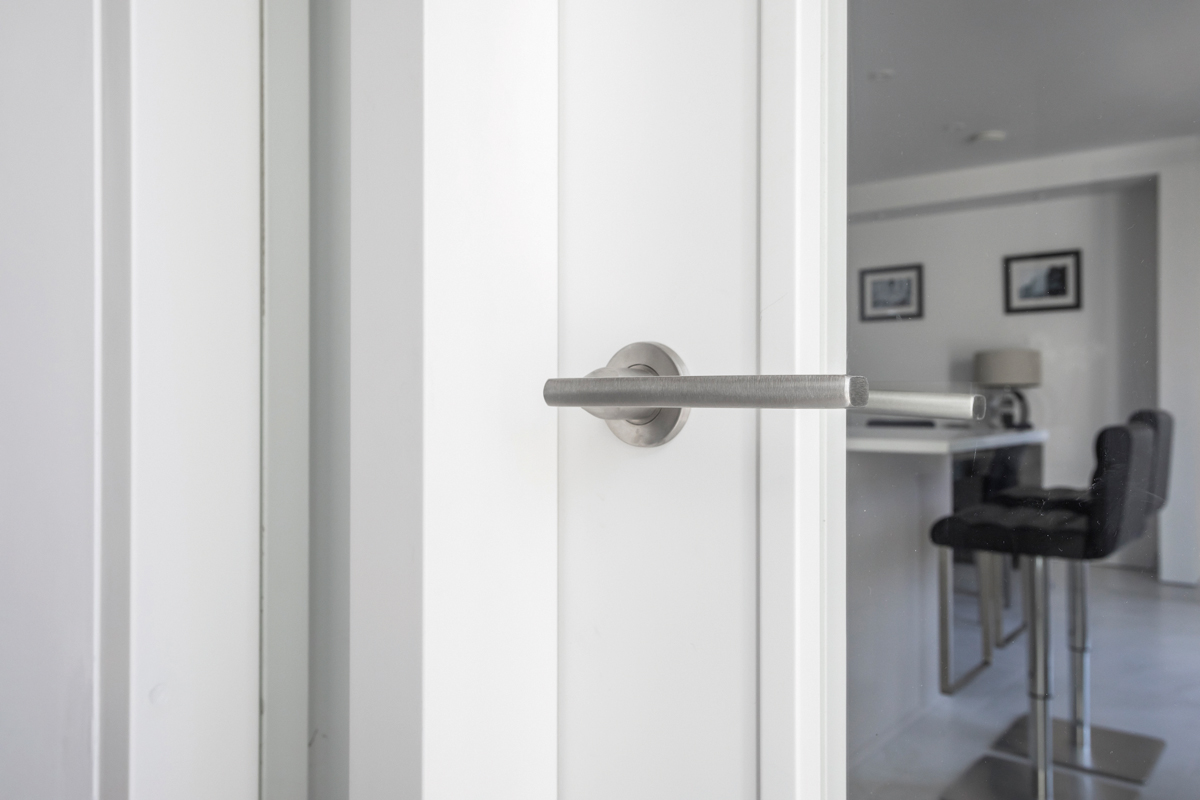 More in this category: « GROHE advises on how you can future-proof your design Energy-efficient Gaia UFH system warms Suffolk self-build »
Login to post comments
back to top