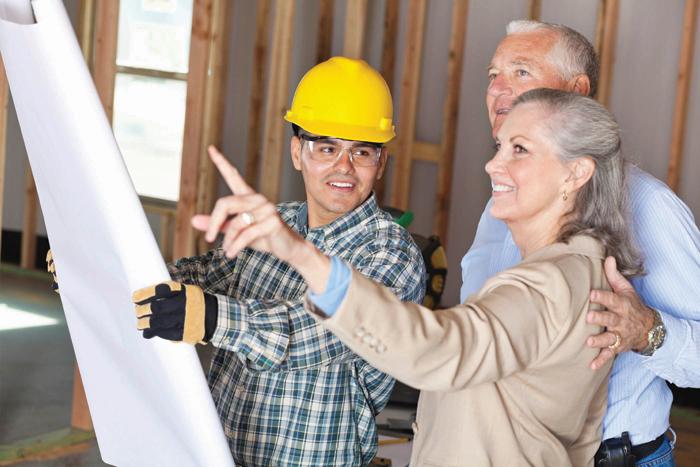 A recent survey has revealed that unlucky Brits have squandered more than £185m at the hands of rogue traders in the past 12 months. Trade verification expert Checkatrade offers advice for spotting cowboy traders before its too late.

Akeen advocate of the fight against cowboy builders, Checkatrade.com surveyed its membership of vetted and continuously monitored tradespeople to gauge the extent of the problem – with shocking results. Homeowners nationwide have forked out £85m on labour to repair jobs botched by cowboy builders, with a whopping further £100m spent on replacing materials and fixtures in the last year alone.

Four out of every five respondents said that in the last year they had been called out to rectify the work of a rogue trader, with more than 4% of those being employed to remedy at least 25 jobs.

Nearly one third of Checkatrade.com members surveyed believe the rogue trader problem has worsened in the last 12 months. When asked what they perceived to be the root cause of this growth, almost 60% of respondents blamed consumers being tempted by cheap quotes in these austere times.

Kevin Byrne, MD of Checkatrade.com is all too aware of how genuine cowboys can appear, and has a warning for homeowners searching for a trader: “If a tradesperson gives you a quote that seems too good to be true, it probably is.

“When it comes to investing in your home, don’t fall for false economies, ensure that the job is done properly and to a high standard first time round. Tendering a trusted, professional tradesperson will give you peace of mind and a high quality finished job.”

Worryingly, according to those traders surveyed the outlook isn’t too positive; almost two thirds of respondents expect the rogue trader problem to worsen in the coming months, citing damage caused by severe weather and lack of deterrent for cowboys as the most likely causes.

Kevin continues: “The fact that tradespeople themselves are seeing more rogue traders in the market shows just how widespread the problem is. It really underlines the necessity of doing research to find a reliable tradesperson that you can trust.

“Homeowners looking to employ a tradesperson these days need to be very savvy about who they are allowing into their home. At the very least, they should be sure to get several references from previous clients and a written quote from more than one trader. Welcoming a tradesperson into your home should be a pleasant experience, not a nightmare.”

More in this category: « Financing the dream Skylights: know the facts »
Login to post comments
back to top