Experts at BuildStore help couple to arrange their self-build mortgage 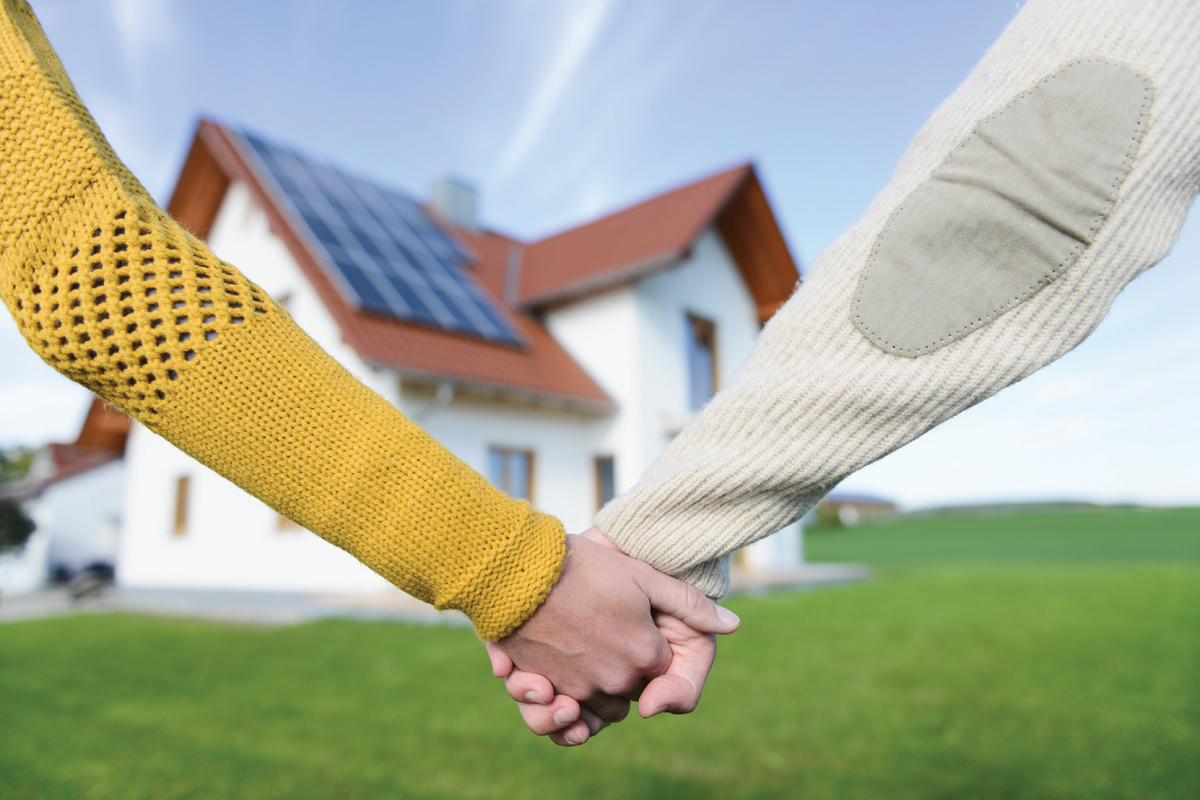 Having worked in the construction industry for 15 years, John Scarff had been involved with a number of self-build projects and had always longed to complete a build of his own, though the time was never quite right.

Due to John’s father’s failing health, it became a necessity that John and his wife, Donna, moved closer to him. It turned out that the best option was for the couple to build their own home in the garden of John’s parents’ home, as this meant they would be as close as possible, without actually moving in.

John is an expert in groundworks and basements but once the project was out of the ground, the couple were in uncharted territory. From that point on, everything was learned on the job, from books, magazines and various self-build television programmes.

The first thing the couple investigated was the cost of the project. They wanted to find out roughly what their budget would be and if this was realistic.

They attended the Homebuilding and Renovating Show at the NEC in Birmingham, where they met BuildStore’s specialist Self-Build Mortgage Adviser, Nigel Crook. John notes: “Nigel was the most helpful financial expert we spoke with and we made our minds up at the show that we would use BuildStore to arrange our project finance and guide us on our self-build journey.”

Having a realistic budget in mind meant that the couple could start looking at designing their home. Initially, they drew out various designs using inspiration from self-build magazines, television and other people’s homes. With enough ideas, John employed an architect to produce professional drawings which were submitted to the planning department and quickly approved. At this point, John and Donna got back in touch with Nigel at BuildStore to arrange their self-build mortgage.

John particularly liked how BuildStore was present during the build for each stage release of the mortgage funds. In fact, Kerry in the provider's stage release team was “extremely helpful and made sure that all of the necessary paperwork was in order – it made the process very easy”.

Throughout the project there were, of course, many highs and lows. John remembers: “The most notable highs were at the start of several key stages. The first time we saw the building's layout, walking around what was going to be our house and laying the first brick were very exciting times. I found the whole process amazing. I loved nearly every minute of it.”

John would describe the process of self-building as amazing. “We loved 99% of it. It was great fun and we learned a lot. This was our first project and we will definitely do another one.” John has and will continue to recommend BuildStore mortgage services to aspiring self-builders.

More in this category: « A guide to insuring your listed property Self-builder VAT reclaims get the detail right »
Login to post comments
back to top